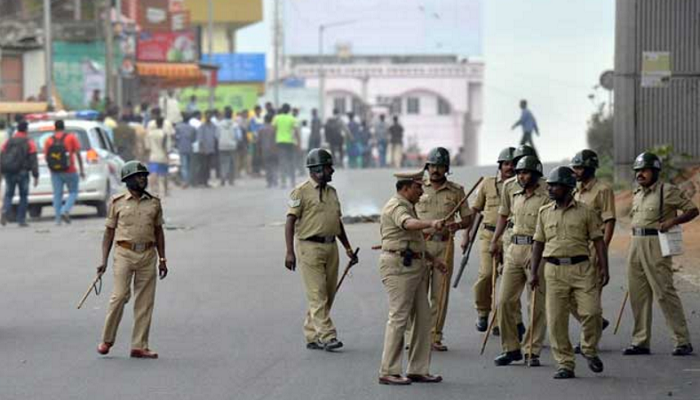 Prime Minister Narendra Modi has issued an appeal on the Cauvery crisis that has Karnataka and Tamil Nadu on the boil. Here is what the PM said:

The situation that has emerged in Karnataka and Tamil Nadu, as a fallout of the issue of distribution of the waters of the Cauvery River, is distressful.

I am personally pained at the developments. Violence cannot provide a solution to any problem. In a democracy, solutions are found through restraint and mutual dialogue.

This dispute can only be solved within the legal ambit. Breaking the law is not a viable alternative. The violence and arson seen in the last two days is only causing loss to the poor, and to our nation’s property.

Whenever the country has faced adverse circumstances, the people of Karnataka and Tamil Nadu, just like people across the country, have always handled the situation with sensitivity. I appeal to the people of the two States, to display sensitivity, and also keep in mind their civic responsibilities.

I trust you will keep national interest and nation building above all else, and give priority to restraint, harmony, and finding a solution, eschewing violence, destruction and arson.”

Earlier, BJP leader Venkaiah Naidu  has expressed his anguish on the Cauvery crisis stating that “the violence in the neighbouring States of Karnataka and Tamil Nadu in the wake of the direction of the Supreme Court to release Cauvery waters to Tamil Nadu is quite disturbing. Such violence cannot be justified on any ground.”

Just like PM Modi he too stressed that the “violence and destruction of property ultimately impacts the life of common man” and also highlighted that a large number of people from both the States live in Karnataka and Tamil Nadu and have been making significant contribution to the development of the State of their choice of living. He stressed, that those people should not be made to feel insecure as it is the Constitutional right of every citizen to live in his/her place of choice in the country.

Cauvery crisis has engulfed the two states and it has become a sensitive issue with violent agitation spiralling out of control.