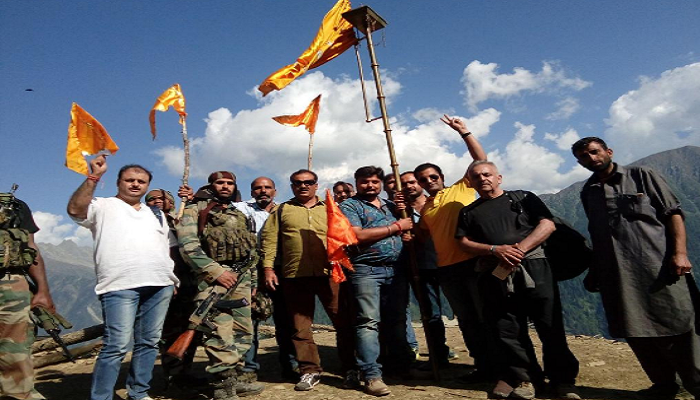 New Delhi, March 18, 2021: As per the report of Relief Office setup in 1990 by the Government of Jammu and Kashmir, 44,167 Kashmiri Migrant families are registered who had to move from the valley since 1990 due to security concerns. Out of these, the count of registered Hindu Migrant families is 39,782.

Special Jobs for the Kashmiri migrant youth under the PM package has been an important component for the rehabilitation of Kashmiri migrants. A total of nearly 3800 migrant candidates have returned to Kashmir in the last few years to take up the PM package jobs. Post abrogation of Article 370, as many as 520 migrant candidates have returned to Kashmir for taking up the jobs that have been provided to them under the rehabilitation package. Another nearly 2,000 migrant candidates are also likely to return under the same policy in the year 2021 on successful completion of the Selection process.

Various components of these policies are given as below: –

Housing
In order to encourage the rehabilitation of Kashmir Migrants back at their ancestral places in Kashmir Valley, the government announced the following incentives in order to help those families which were desirous of settling back at their original places or residence.

Assistance @Rs. 7.5 Lacs for repairing their fully or partially damaged house.
Rs. 2 Lakh for dilapidated/unused houses.
Rs. 7.5 Lakh for purchase/construction of a house in group housing societies for those who have sold their properties during the period after 1989 and before the enactment of JK Migrant Immovable Property Preservation, Protection and Restraint of Distress Sale 1997.
Enhancement in cash assistance-
Cash relief has also being provided to Kashmiri Migrants, which has been increased from time to time i.e. Rs. 500 per family in 1990 is raised to Rs. 13,000 per family @Rs. 3250 per person.

Employment
Out of a total of 6,000 posts announced under PM Packages, nearly 3,800 Kashmiri Migrants have been rehabilitated directly by way of providing government employment. These employees are working in various districts of Kashmir Valley, which include Srinagar, Budgam, Baramulla, Shopian, Kulgam, Kupwara, Pulwama, Bandipora, Anantnag and Ganderbal. Remaining posts are also at final stages of recruitment.

Construction of Transit Accommodation-
In order to provide accommodation to the 6,000 Kashmiri Migrants who are getting employed in the Government of Jammu and Kashmir in the valley, 6,000 Transit Accommodation units are being constructed for Kashmiri Migrants Employees in various districts of Kashmir Valley at an estimated cost of Rs.920 Cr. So far, 1,025 dwelling units have already been constructed which include 721 dwelling units in the district of Budgam, Kulgam, Kupwara, Anantnag and Pulwama. Another 1,488 units are under construction and land has been identified for about 2444 units.

This was stated by the Minister of State for Home Affairs, G. Kishan Reddy in a written reply to question in the Rajya Sabha on March 17, 2021.

Kashmiri Pandits angry with government, ask why ignore us?