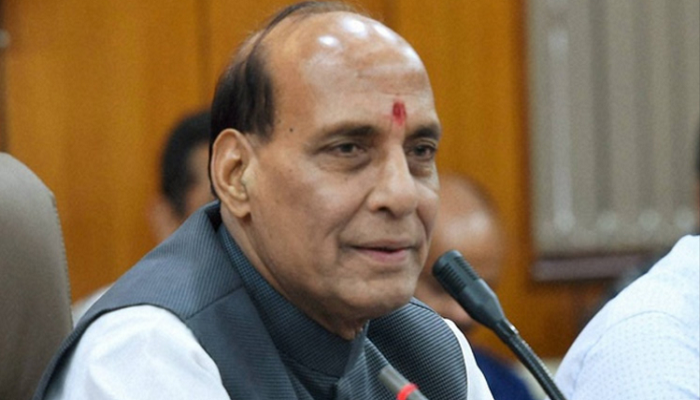 The Union Home Minister Rajnath Singh will lead an All Party delegation to Jammu and Kashmir on September 4-5, 2016.

During the visit, there will be interaction with the Governor and Chief Minister of J&K. The visiting delegation will hold a meeting with the representatives of all political parties and other delegations in Srinagar.

About 30 member All-Party delegation includes leaders of over 20 political parties. A preparatory meeting for this delegation has been convened on Saturday.

Rajnath Singh was earlier in Kashmir where Mehbooba Mufti ended up blasting media for questioning her government and its handling of the current turmoil which began with the death of terrorist Burhan Wani.

His current visit is very important as Kashmiri Pandit colony was recently attacked by radicals who wish to drive them out of the state completely.