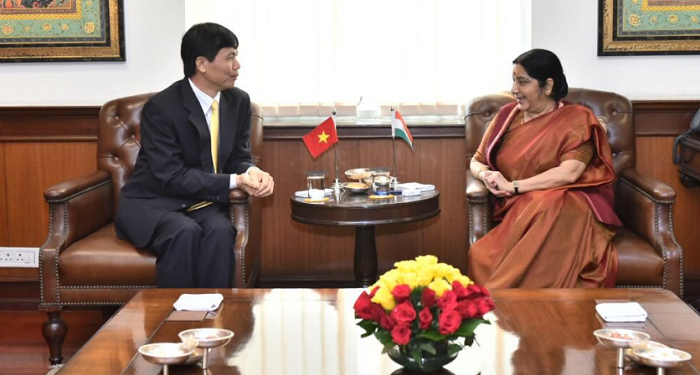 10th Foreign Office Consultations (FOC) and 7th Strategic Dialogue between India and Vietnam were held in New Delhi on April 9, 2018. The Indian side was led by  Preeti Saran, Secretary (East) and the Vietnamese side was led by Dang Dinh Quy, Vice Foreign Minister of Vietnam.

At the FOC, the two sides held deliberations on the entire gamut of bilateral relations, including political and security, trade and investment, pharmaceuticals, energy, agriculture, connectivity, lines of credit and other capacity-building projects in Vietnam and people-to-people ties.

During the Strategic Dialogue, both sides exchanged views on issues of mutual interest at regional and multilateral levels, including cooperation at UN and other International Organizations. Both sides also discussed maritime security, counter-terrorism cooperation, developments in their respective regions etc. The Vietnamese side reaffirmed its support for India’s candidature for a Permanent seat in an expanded UNSC.

A website which can “make you forget” With hypnosis

India and Vietnam share cordial relations but in recent times, they have come close. The reason behind this is increasing Chinese dominance in the South China Sea which has led even the USA to express concern.