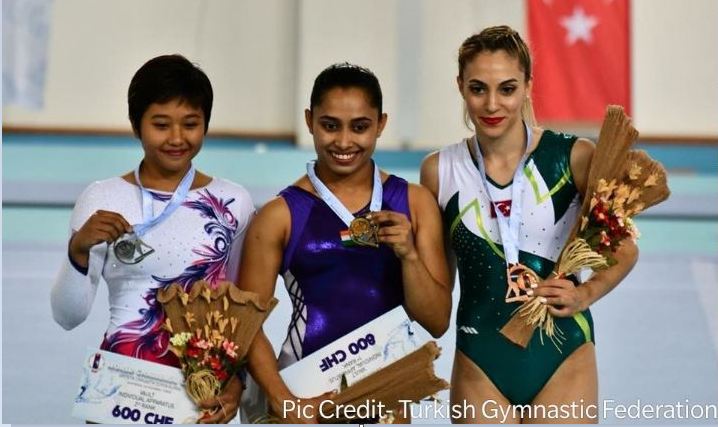 “India is proud of Dipa Karmakar! Congratulations to her on winning a well-deserved Gold in the vault event at the FIG World Challenge Cup in Mersin, Turkey. This win is a prime example of her tenacity and never-say-die attitude”, the Prime Minister said.

She has won Gold in the World Championships for gymnastics on the Vault .. you proved to the World that what was wrongly denied to you in the Olympics, you won it here .. !! Proud of you .. we are proud Indians because of you.

Biplab Kumar Deb, CM of Tripura also congratulated Dipa and said that Tripura’s daughter does India proud again. He also called her an inspiration for millions across the world.