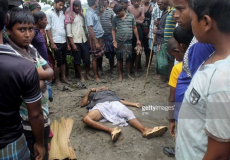 Dhaka, July 19, 2016: It is not easy to be a Hindu Priest/Purohit in a radicalized nation such as Bangladesh. Due to their visibility in performing religious duties, Hindu Priests are becoming a target of hate and terrorism. Earlier, many Hindu Priests have been found killed by sharp objects, the radical elements seem to think […]