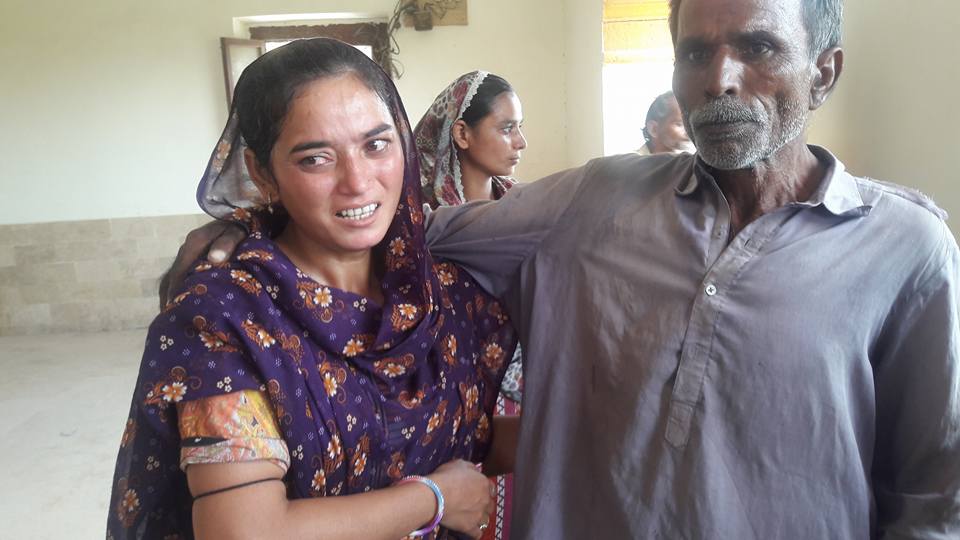 Hyderabad, Pakistan, July 24, 2016: Pakistani Hindu community is rejoicing as a Hindu girl from a poor family of Sindh who was forcibly converted to Islam has been returned to her family.

A while back Hindu girl Aneela was abducted from Kali Mandir of Hyderabad and threatened to convert to Islam or face consequences.

But yesterday, on July 23rd, 2016, she appeared before the court of Additional Sessions Judge No.8 Hyderabad and told him that she was kidnapped and forcibly converted and that she would like to go back to her parents.

The statement helped the judge to deliver the decision in her favour and she was freed to join her family.

But her abductor ran away from the court and the court also did not announce any punishment in abstentia which is worrisome.

Hindu girl Aneela was a captive at the Brohi tribal site area in Pakistan. What is also worrisome is the role of the DSP site Hyderabad, near Fatah Chowk, who played a suspicious role in this matter and refused to cooperate with the Hindu girl Aneela’s family.

Many Hindu and Christian girls are abducted in Pakistan every month for forceful conversions. Many young boys have also fallen prey to this inhuman practice. What is worrisome is that most of these cases are being reported from Sindh, which is ruled by late Benazir Bhutto’s party, PPP, which claims to be a secular party in entire Pakistan. But many PPP workers have also been found involved in forced conversion cases.

Aneela joins the lucky trio of Hindu girls like the Mavi Kolhi, Meena Meghwar, Parwati and Ganga Bagri who were able to escape from the clutches of their abductors and had the courts ruling in the favour of their freedom.