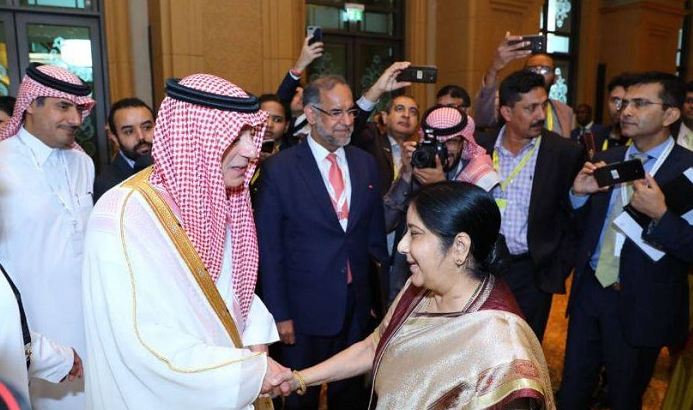 India has refused to give much heed to the concerns of Organisation of Islamic Conference (OIC) and its statements on Kashmir.

In response to a query regarding India’s participation at the OIC in Abu Dhabi and resolutions on Jammu & Kashmir, the Official Spokesperson said,

“External Affairs Minister Smt. Sushma Swaraj attended the 46th CFM session of the Organisation of Islamic Conference (OIC) at Abu Dhabi on 1 March as the Guest of Honour at the invitation extended by His Highness the Foreign Minister of the United Arab Emirates. We deeply appreciate this historic gesture on the 50th anniversary of their first meeting.

As regards the resolutions on Jammu and Kashmir, our stand is consistent and well known. We reaffirm that Jammu & Kashmir is an integral part of India and is a matter strictly internal to India.”

Secretary (Economic Relations) T S Tirumurti had yesterday told journalists that there was no effort to mediate from any OIC member.

The problem of jihad extremism has made world sit-up and take notice already. Hence, India does not need to worry too much:

My heart goes out to the families of the suicide bombing victims in India & the many victims of terror from these same groups that have killed hundreds of Indian and Pakistani civilians over the years. It's time for Pakistan's leaders to stop giving safe haven to these terrorists

As long as Pakistan is providing terrorists with a safe haven, there will be heightened tensions between the two countries. It's time for Pakistan's leaders to stand up against the extremists and terrorists.

India did not expect a sea-change overnight when it comes to Kashmir. However, that, it has made inroads in the Islamic world is now clear.

Pakistan had wanted the OIC to rescind the invite to India and there were also doubts in political circles whether India should even participate considering the situation. But India has chosen to engage with Islamic countries. And Islamic countries in the OIC chose wisely to do a tight walk on a rather thin rope.

Emir of Qatar calls PM Narendra Modi, here is what it was all about!