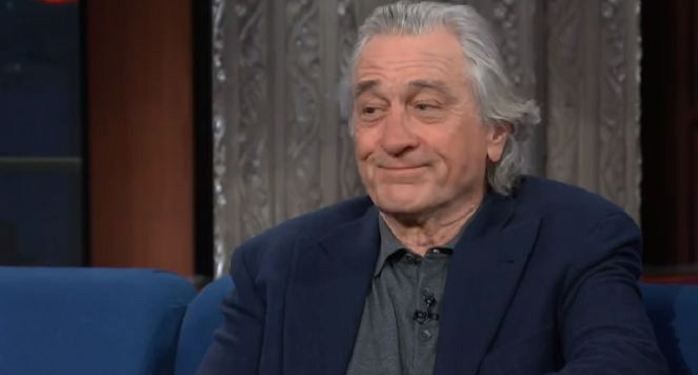 You know Robert De Niro for Godfather, so gangster indeed is a sleek way to point to his own star credentials while mocking the US President.
And this dispute with Trump isn’t new!

At the Tony awards last year he said “f*ck Trump” with the US President firing back calling Niro “a very low IQ individual”.

Robert De Niro made these remarks when he was on the Late Show With Stephen Colbert on Friday.

He also told the host that initially tried giving Trump a chance:

“That’s what I said right after he was elected. Give him a chance. I give everybody the benefit of the doubt. This guy has proven himself to be a total loser.”

Later Niro also said that “People like the outlaw type thing, except we have a wannabe gangster in the White House now” taking potshots at the US President.

He added that “even gangsters have morals and they have ethics. They have a code and you know when you give somebody your word it’s your word because it’s all you have is your word. This guy, he doesn’t even know what that means.”