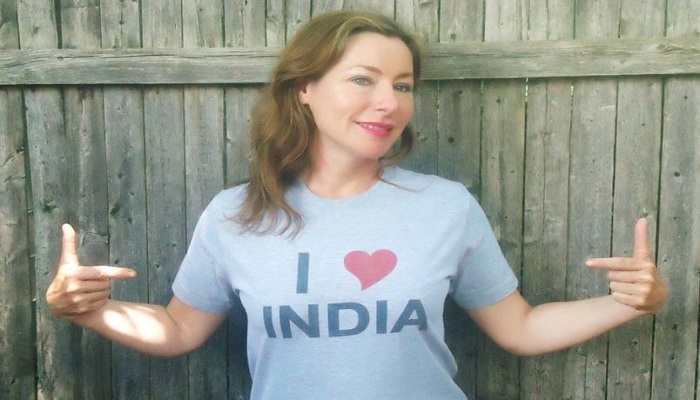 American woman Renee Lynn has written a letter in response to the prevailing condition where India and especially the Indian Army has become a target of criticism amongst some quarters in the nation.

Renee Lynn, the American woman in question, is based in  Jerseyville, New Jersey, is also an ardent yoga lover, loves Bollywood movies, Hindi and Tamil music and describes herself as an Indophile and a world traveler who loves to write about India, Religion, Krishna, and Cows! India is as per her ‘my pride, passion, and pleasure.’

India is as per her ‘my pride, passion, and pleasure.’

The American woman likes to go by her Indian name Pooja and has traveled to India several times.

The letter that she has written is similar to the failed #ProfileForPeace campaign that Bollywood director Mahesh Bhatt started after India’s surgical strikes against terror launch pads.

You May Read about Mahesh Bhatt’s campaign here:

The letter that the American woman (with an Indian heart) has written reads:

My name is Renee Lynn and I am an American.

I stand with the Indian Armed Forces because:

-how many times do we have to talk peace with a country that has no principles like Sanatan Dharma.

-how many Army Men will lose their lives in the name of a country that is the breeding hub for terrorists.

-so called social activists and media cry human rights for terrorist but they forget that Jawans also are humans with human rights.

-I love India and want to feel safe when I come to India.

-Please protect and save my motherland, right from an American girl with an Indian heart.

The American woman Renee has also written against calling India intolerant a while ago.

Indian soldiers are under attack, but who cares for their human rights?