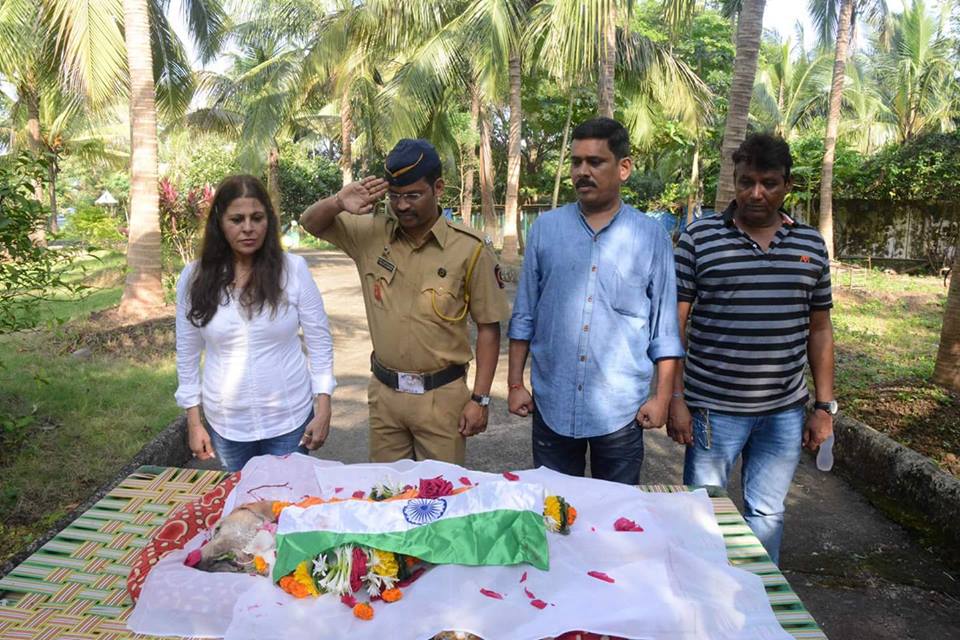 Caesar, the police dog and the hero of the 26/11 investigations breathed his last on Thursday leaving many heartbroken. who defeated severe depression after the demise of another hero dog Tiger .

Caesar had defeated severe depression after the demise of another hero police dog Tiger who was a close companion of Caesar. But his demise troubled Caesar and he was admitted to BSPCA (Bombay Society for the Prevention of Cruelty to Animals) on July 24.

Now Caesar has also passed away and his glorious career can be understood from the fact that the Commissioner of Police, Mumbai. D. D. Padsalgikar himself wrote a tribute for the brave officer.

The brave, alert & efficient Caeser will be remembered fondly for his services. An emotional moment for all of us @MumbaiPolice #RIPCaeser pic.twitter.com/RoQZCglKSx

The police dog received an emotional tribute at the Fizzah Farm where he was passing his days with other animals post his retirement. On his final journey, the police dog officer was draped in the Tricolor as the last mark of respect for his services to the nation of India.

A Golden Era of 26- 11 of Mumbai Bomb Blast furry Soldiers got over at Fiza Farm with the sad demise of last remaining furry Soldier Ceaser..But the glory and the paws prints of these brave Soldiers are deeply engraved in the Soil of Fiza Farm and in our hearts too..I am deep in gratitude and highly honoured to served my lovely furry Soldiers who served our Nation with their nonstopped 10 years of brave service and saved uncountable human life..
Salute to my brave Bacchas (kids) Caeser and entire furry brave unit Max, Sultan and Tiger..

Bollywood star Suniel Shetty paid his respects to Caesar in the following words:

This rockstar had detected grenade at CST station during 26/11. A life lived well… #RIPCaeser https://t.co/ywqbgIoav2

Dog and the Mailman strike an unusual friendship!