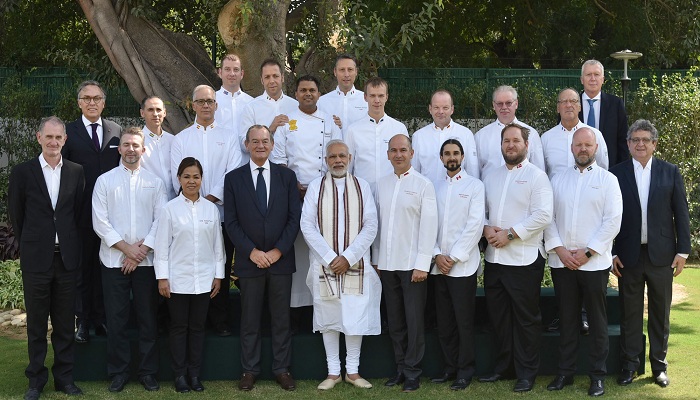 The Club des Chefs des Chefs Club comprises personal chefs of the heads of state of two dozen countries. It has been informally described as the world’s most exclusive gastronomic society.

This Paris based Association is currently holding its general assembly in India, for the first time. Besides Delhi, the chefs will be visiting Agra and Jaipur as well.

The chefs posed for a group photograph with the Prime Minister, and presented him with mementoes.