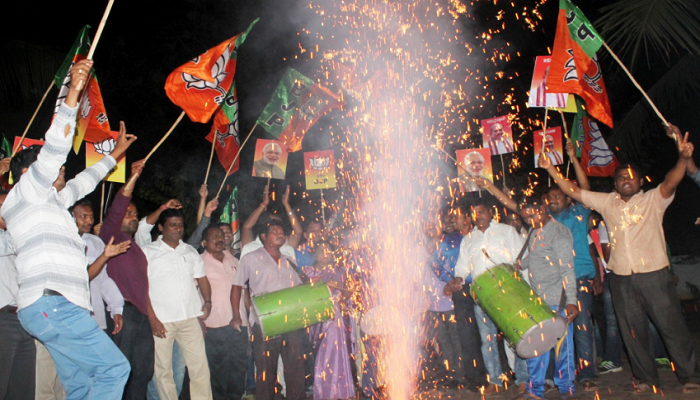 The Polit Bureau of the Communist Party of India (Marxist) has issued the following statement after a thumping victory of BJP in Tripura which stunned the political pundits.

In the statement, the CPI(M) noted that after 25 years in government, the Left Front has been voted out of office and said that this verdict of the people of Tripura will lead to the formation of a BJP-IPFT alliance government in the state.

CPI (M) also said that the “BJP has, apart from other factors, utilized massive deployment of money and other resources to influence the elections.  The BJP was able to consolidate all the anti-Left votes virtually appropriating the erstwhile main opposition party, the Congress.”

It also noted that 45 percent of the voters extended their support to the CPI(M) and the Left Front and that the Party will carefully examine the reasons for this electoral setback and take necessary remedial measures.

Further, the party vowed that it will continue to champion the cause of all sections of the working people and uphold tribal-non tribal unity.

Is India buckling under Chinese pressure on Dalai Lama?