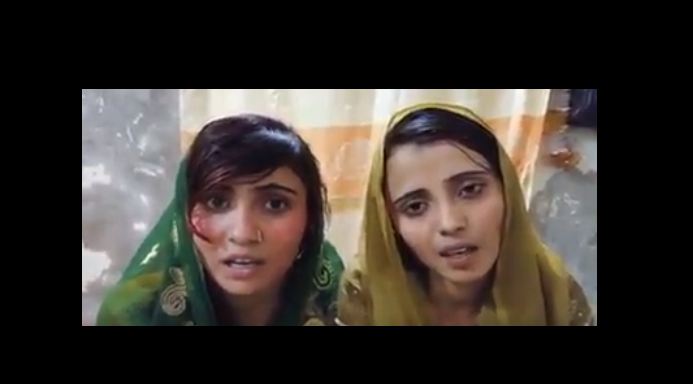 Father of Hindu girls Reena and Raveena is ready to face death but won't accept forceful conversion of his daughters. He was protesting outside Ghotki police station, Sindh. #StopForcedConversions pic.twitter.com/13IsodURUk

The relatives also held a protest on the National Highway for the recovery of the Hindu girls even as the abductors released a video of the two girls. In the video, the minor Hindu girls say that they converted of their own volition.

Protestors say that police are not acting against forced conversion that is going against the Hindus in Pakistan.

Thank you for speaking up. There are 5 girls that have been converted and married off to adult men. Reena and Raveena(Daharki), Sonia (Karachi), Komal (Tando Allahyar) and also a Christian girl named Sadaf. All married off on the same day.

Due to religious persecution, Pakistani Hindus have been forced to migrate to India.