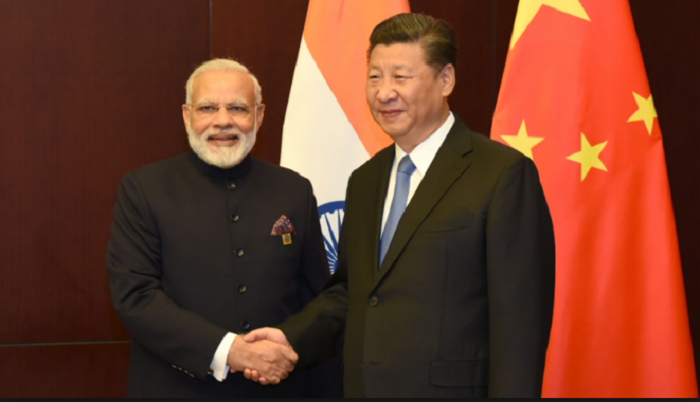 In response to queries on the comments made by the Chinese Ambassador to India on a trilateral Summit between India, China and Pakistan, the Official Spokesperson said,

“We have seen reports on comments made by the Chinese Ambassador in this matter. We have not received any such suggestion from the Chinese government. We consider the statement as the personal opinion of the Ambassador. Matters related to India-Pakistan relations are purely bilateral in nature and have no scope for involvement of any third country. ”

Chinese Ambassador to India Luo Zhaohui on Monday put forward the idea of a trilateral cooperation between India, China and Pakistan under the aegis of the Shanghai Cooperation Organisation (SCO). He said that such an initiative could “in the future” help resolve bilateral issues between New Delhi and Islamabad and help maintain peace. But today China distanced itself from this proposal while New Delhi brutally nipped it in the bud.

Ina press statement the government said that “in addition, four Pakistan prisoners have already been released and repatriated in 2018, so far. ”

Further, the statement read that India attaches high priority to addressing all humanitarian issues, including early release and repatriation of Indian fishermen and prisoners in Pakistan’s custody. The release of 147 Indian prisoners, including 146 fishermen, has been secured in 2018, so far.