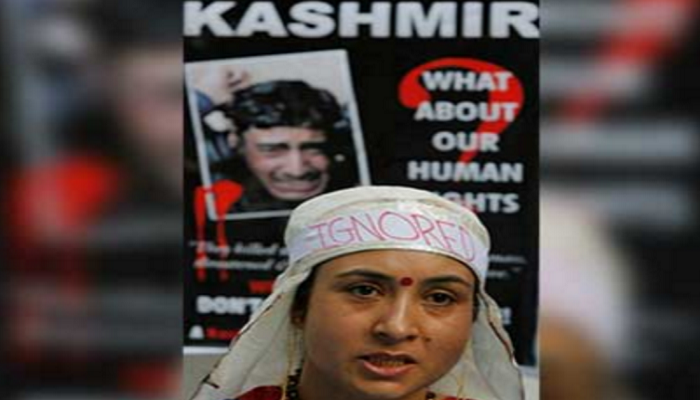 A 1500-1600 strong mob attacked the migrant camp where hapless Kashmiri Pandit community is living. The incident occurred yesterday at Nutnusa, Kupwara and they also burnt down some structures.

The Kashmiri Pandits have become a target of hate, as radicals feel that they have no place in Kashmir, yet barring a few voices, there is complete silence on what this minuscule community is facing in the communal atmosphere in the valley.

A protest is organised by APMCC to condemn the attack on Nutnusa Pandit Colony in Kupwara @ Press Club, Jammu, Sunday Sep, 4, 2016, 11:30 am

Vinod Pandit, the head of APMCC (All Parties Migrants Coordination Committee) has called for a protest to condemn the attack on Nutnusa, Kashmiri Pandit colony at Kupwara’s Press Club on Sunday, September 4, 2016, at 11.30 am. Many coordinated attacks are taking place against Kashmiri Pandits but no murmur of protest at the national level can be heard. Is it to keep showing that Kashmir is still a ‘paradise on earth’ deeply rooted in ‘Kashmiriyat?’ Kashmiriyat means having an identity or the pride of being a Kashmiri irrespective of  faith or communities. In short, pure and unadulterated secularism.

Many cases of violence against Kashmiri Pandit community. But where is the famous Kashmiriyat?

It is regrettable that as soon as the Kashmiri Pandit community was forced into an exile, the Kashmiriyat has evaporated.

This is another case of an attack on Kashmiriyat when a Kashmiri Pandit orchard was attacked in Kulgam and  the walnut and other fruit bearing trees were chopped down, resulting in loss of many lakhs.

For many Kashmiris, the trees and their fruits are the sole way to earn their bread but it seemed that the elements out to target Kashmiri Pandit community want to hit the community at every conceivable place.

Meanwhile many took to Twitter to express their anguish:

Among the structures torched , was there a place of worship ?

But the question is, how will the Kashmiri Pandits survive in such a vicious atmosphere and does there exist a political will to help them at all?