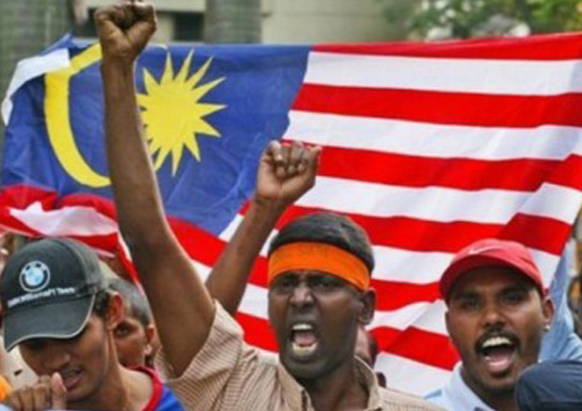 Kuala Lumpur, July 30, 2016: Hindu organizations in Malaysia are demanding that the government must work towards providing vaccines which have no beef gelatine in them.

As per newspaper, The Star, the move came in the wake of Health Ministry’s decision which notified that the national immunisation program will go on with the 10 vaccines with pork gelatine component set to be replaced with the bovine ingredient.
Many minority groups in Malaysia, such as the Hindus, vegetarians, and Buddhists revere cow and will have an emotional conflict if the bovine gelatine source is not replaced with a plant based gelatine.

Hindu groups believe that if the Muslim concerns with regards to pork gelatine can be addressed then so could the Hindu concerns be.

The concerns have been raised by the Malaysia Hindu Dharma Maamandram which believes that the groups opposed to the bovine source have as much a right to object as the majority Muslims and also that these vaccines must be clearly marked if they use the bovine source.

It is yet to be seen how Malaysia’s top officials react to this.

Hindus are a minority group in the nation and have often been a target of hate crimes in the nation including the infamous cow-head march controversy in which Malaysian Islamists, to show their disregard for Hindu sentiments paraded with a chopped head of a cow which they later urinated and spat on.

Recently a university in Malaysia called Hindus ‘unclean’ and dirty and following the uproar that drew global condemnation,  the university had to identify and sack the person who made the inhuman claim.

Now, with Indo-Malaysia ties growing, due to the South China Sea issue that has China breathing fire on smaller neighbors, it is to be seen whether Malaysia wakes up to taking the minority Hindu community seriously which it has so far kept away from the mainstream. Will India’s might help? Not sure, but let’s hope it does.