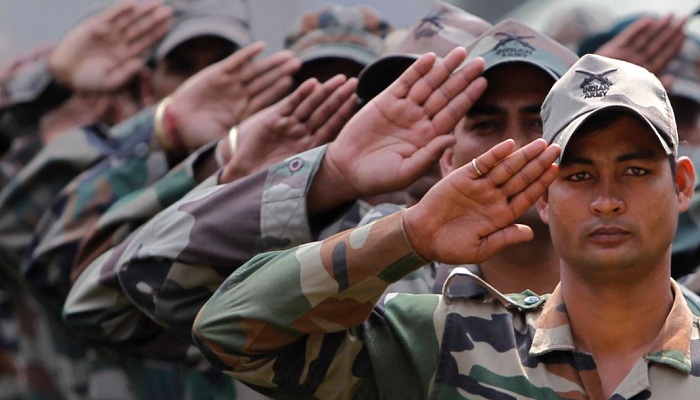 Indian soldiers would soon enjoy Married Accommodation as the government has set the ball rolling!

The Minister of State for Defence Subhash Bhamre inaugurated the Married Accommodation Project (MAP) at Meerut Military Station yesterday and dedicated 623 dwelling units to Officers, JCOs and Other Ranks of the Indian Army. In his address to a gathering of serving and ex-servicemen, the Minister said that the government is committed to the welfare of soldiers and will do everything to alleviate their hardships. Non-availability and poor standards of married accommodation for soldiers has been a cause of concern and steps have been taken by the government to address this deficiency. The Married Accommodation Project (MAP) was announced by former Prime Minister Atal Bihari Vajpayee in 2001, wherein approximately two lakh dwelling units are being constructed for Army, Navy and Air Force over three phases.

90,000 houses have so far been constructed in two phases and this figure will increase to 1.25 lakh houses by the end of next year. Planning for Phase III has been completed in which 71,000 houses have been planned and construction will commence soon. The scales and specifications of married accommodation were improved in 2009 by the government which has resulted in improved quality of houses much to the appreciation of soldiers.

The MAP housing is being constructed by DG MAP organisation under supervision of local military commanders. DG MAP organisation was raised in 2002-03 and has emerged as one of the finest government housing construction agency in just thirteen years of its raising. The organisation has reached a turnover of Rs 2700 crore in FY 2015-16 which could be possible through hard work and dedication of its limited work force.