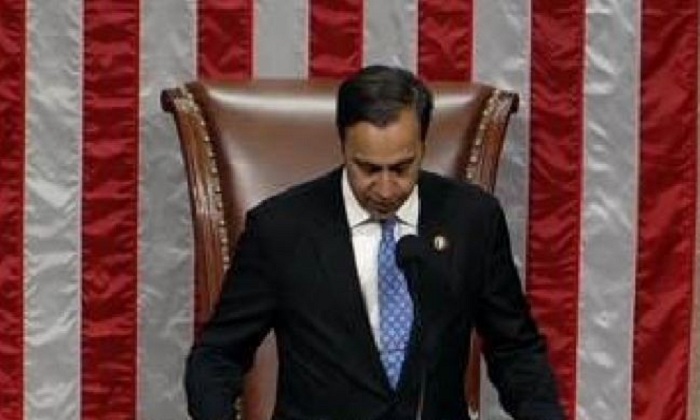 Another Hindu-American just made history, again!

Congressman Raja Krishnamoorthi earlier this week got the honor of becoming the first Hindu-American to preside over the US House of Representatives.

Krishnamoorthi oversaw the floor debate from the Speaker’s chair.

The Hindu American Congressman served as the speaker pro tempore or as the “temporary speaker.”

A proud Congressman, Krishnamoorthi later said that he was honored to become the first Hindu-American to have the honor of presiding over the House.

“I’m humbled to have taken on this responsibility and recognize it was only possible through the work of those who came before me and the opportunities our country presents to all of us, regardless of race, religion, and background.”

Hinduism is the oldest and third largest religion of the world has about 1.1 billion adherents. There are about three million Hindus in USA.

Hindus in the USA are much respected as they are the most educated, based on college degrees — among US religious groups, followed by Unitarians Universalists, Jews, Anglicans and congregants of the Episcopal Church, according to a PEW research.