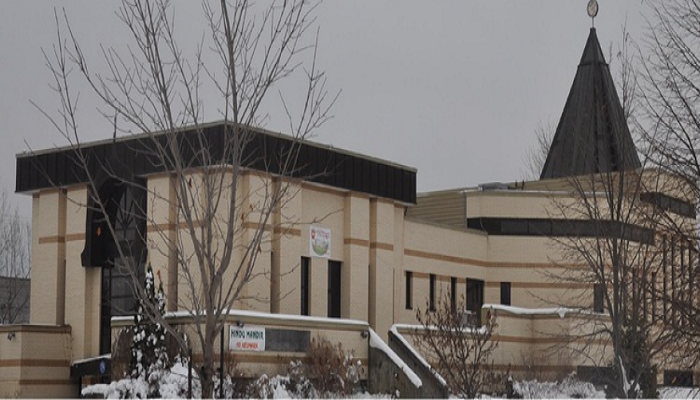 Hindu Temple in Dollard-des-Ormeaux, Quebec, Canada is reportedly planning to launch $1.75 million expansion project in the near future.

It will include a large multi-purpose hall, classrooms, etc.; reports suggest.

According to reports, this Temple was opened in 1998 with the primary aim of meeting “the spiritual, ritual, ceremonial and social needs of Hindus” and “besides being a place of worship and spiritual guidance, this Mandir was intended to act as focal point for our community and a place of congregation”. It currently serves about 4,000 devotees and opens daily at eight am.

Meanwhile, distinguished Hindu statesman Rajan Zed, in a statement in Nevada today, commended efforts of Temple leaders and area community towards expansion of this Temple.

Rajan Zed, who is President of Universal Society of Hinduism, further said that it was important to pass on Hindu spirituality, concepts and traditions to coming generations amidst so many distractions in the consumerist society and hoped that this Temple would help in this direction. Zed stressed that instead of running after materialism; we should focus on inner search and realization of Self and work towards achieving moksh (liberation), which was the goal of Hinduism.

Besides worship services, this two-storey Temple also reportedly conducts culture, religion and arts classes; runs camps; holds programs for seniors; and participates in various charitable activities. All are welcome to visit and attend its services and its Sunday service is followed by a complimentary community lunch. It offers various services, including “Jaagran”, which costs $1151.