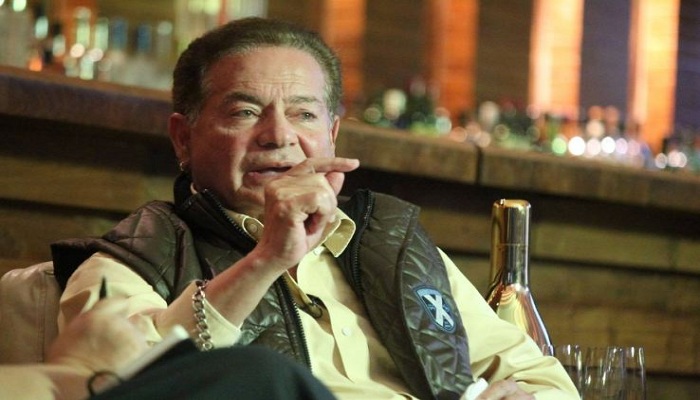 He also lampooned a news channel Times Now saying that Lakhvi, Saeed and Masood have been replaced by the likes of Salman Khan, Mahesh Bhatt, Karan Johar and Yechury on the channel.

as these people are a big threat to the unity of our country. Take heart gentlemen at least you are in the job of entertaining people

He also called out Sitaram Yechury asked him to exercise caution as talking about peace will ‘make you a traitor.’

rather than in a job of shouting screaming hurting & humiliating people.  Mr Yechury careful, talking of peace will make you a traitor.

Salim Khan also spoke about Mahesh Bhatt and said that there was no dearth of talent and dramatic actors on TV then why look across the border. In short, he stands with Salman Khan, Mahesh Bhatt and the others who want Pakistani artists to work here.

Mr Bhatt our country has no dearth of intense and dramatic actors on TV then why look across the border.

Salim Khan is a father first but should he keep shielding Salman Khan?

While the senior Khan played the dove, it would interesting to see how MNS, which spearheaded the campaign against Pakistanis earning a living in Bollywood, would react to this. MNS had asked Salim Khan to take care of Salman Khan.

Little does Salim Khan realizes that several actors and directors including Madhur Bhandarkar, Ram Gopal Varma, Randeep Hooda and Nana Patekar have already supported the ban on the Pakistani artists. Nana Patekar even said that the actors are trivial and the Indian soldiers are the real heroes. Watch Nana Patekar speak on the issue:

Salim Khan and Salman Khan have not said anything about the recent attack that led to the martyrdom of another Indian soldier, Constable Nitin Kumar, today.

It is also stunning that the director has not said anything about the banning of the M.S. Dhoni: The Untold Story by Pakistan.

The #SurgicalStrike was against the terror camps which don't apparently don't exist but What's happening in #Akhnoor is against a nation..

It is only by isolation that the people of Pakistan will be able to pressurise their govt & army to act against the #terror organisations..

@MaheshNBhatt sir,forget condemning terror acts in india, these peace loving pak artists have not even condemned the ban of #MSDhoni film.🇮🇳

And here is the biggest question:

Do Indians care for the human rights of the Indian soldiers?