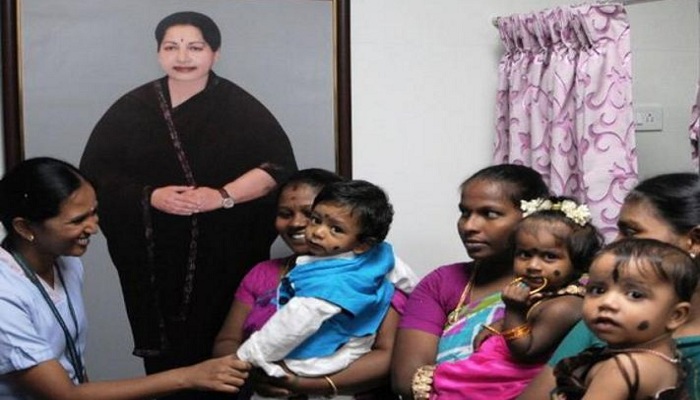 Tamil Nadu is leading other states when it comes to making lives of mothers easier. After successfully running the Amma Unavagam program that feeds thousands daily, the Tamil Nadu government has issued an order to implement Chief Minister J Jayalalithaa’s earlier promise to enhance the maternity leave for women from 6 to 9 months.

The order issued yesterday ahs already drawn applause from several quarters as the move is set to benefit thousands of mothers across the state.

Orders were issued enhancing the maternity leave from 90 days to 180 days to married women government servants, with less than two surviving children, which may be spread over from the pre-confinement rest to post-confinement recuperation, with full pay, at the option of the women Government Servant.

The order also says that the female government servants who are on maternity leave as of now or prior to the issuance of the order are eligible for the maternity leave of 270 days in total.

This order is for those women government servants of Tamil Nadu who have less than two surviving children.

It was Tamil Nadu Chief Minister Jayalalithaa who had increased the maternity leave for the women from 3 to 6 months when she assumed office in 2011.

Currently, the Tamil Nadu Chief Minister J Jayalalithaa is recovering from an ailment and is due to join soon as her condition is improving. Surely no better news for the woman Chief Minister than to know that her promise to the women voters is being fulfilled.

Now, it would be interesting to note if other states follow the suit and work on increasing the maternity leaves.