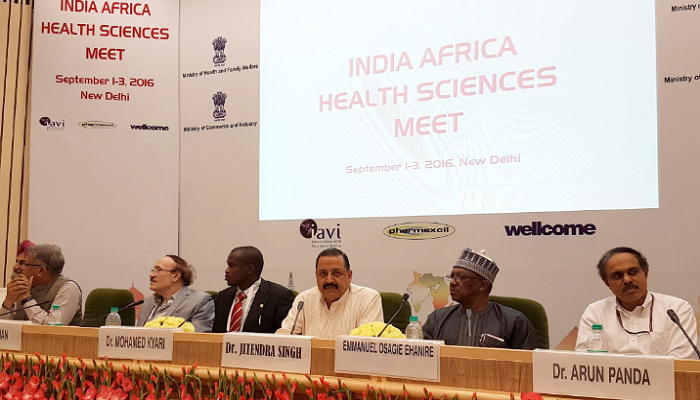 At the conference attended by Health Ministers from different African countries, leading medical researchers from India & Africa and Director General as well as senior scientists of Indian Council of Medical Research (ICMR), Dr Jitendra Singh suggested setting up of ICMR units in private-sector medical colleges and institutions. He said that a mutually rewarding mechanism could be worked out wherein, while the private institutions having ICMR or other registered research body units could be rewarded with certain incentives, on the other hand ICMR would have the advantage of tapping and grooming young medicos with research aptitude.

Over the years, Dr Jitendra Singh said, not only the spectrum of medical research has undergone a change, but the methodology has also changed. For example, he said, till 1970’s and 1980’s the main thrust of research was on communicable diseases like tuberculosis and sexually transmitted diseases, wherein India made a historic contribution by giving to the world some of the most original postulations. However, in the last two decades, the spectrum has shifted to non-communicable diseases and now the research has to be primarily focused on metabolic diseases like Diabetes with a specific and exclusive Indian perspective. At the same time, he said, the methodology has also undergone a change and wherein till 20 years ago, a young scholar had to run from pillar to post in search of references and medical journals, today, the best of reference and research papers from the rest of the world are available on internet.

Dr Jitendra Singh appreciated the India-Africa initiative in the field of health sector and hoped that various research and education groups to be constituted will play a significant role in promoting the understanding of healthcare and research between African continent and Indian Sub-continent.

Patients from North East coming to Delhi for treatment must read