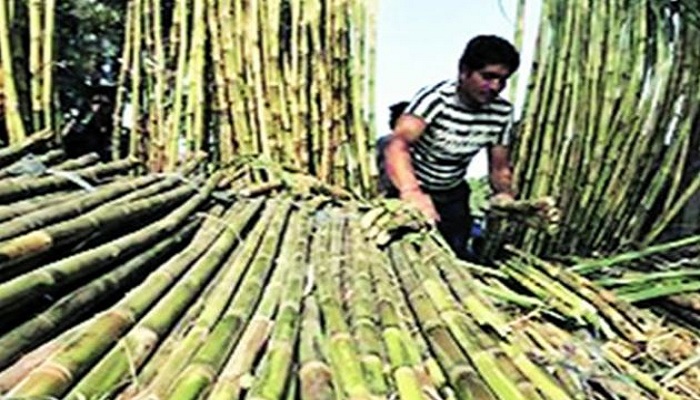 New Delhi, November 11, 2022: Exports of agricultural and processed food products rose by 25 percent within six months of the current Financial Year 2022-23 (April-September) in comparison to the corresponding period of FY 2021-22. According to the provisional data released by the Directorate General of Commercial Intelligence and Statistics (DGCI&S), the overall export of agricultural and processed food products has witnessed a growth of 25 Percent in USD during April-September 2022.

The overall export of Agricultural and Processed Food Export Development Authority (APEDA) products increased to USD 13771 million in April-September 2022 from USD 11056 million over the same period of the last fiscal year.

The initiatives taken by the Ministry of Commerce and Industry through APEDA have helped the country achieve 58 percent of its total export target for the year 2022-23 within six months of the current fiscal.

For the year 2022-23, an export target of USD 23.56 billion has been fixed by APEDA for the agricultural and processed food products basket and an export of USD 13.77 billion has already been achieved in these six months of the current fiscal.

As per the DGCI&S provisional data, processed fruits and vegetables recorded a significant growth of 42.42 percent (April-September 2022), while fresh fruits registered 4 percent growth as opposed to corresponding months of the previous year.

Also, processed food products like cereals and miscellaneous processed items reported a growth of 29.36 percent compared to the first six months of the previous year.

Basmati Rice exports witnessed a growth of 37.36 percent in six months of FY 2022-23 as its export increased from USD 1660 million (April-September 2021) to USD 2280 million (April-September 2022), while the export of non-Basmati rice registered a growth of 8 percent in Q2 of current fiscal. Its export increased to USD 3207 million in six months of the current fiscal from USD 2969 million in the corresponding months of the previous year.

The export of meat, dairy & poultry products increased by 10.29 percent and the export of other cereals recorded a growth of 12.29 percent in six months of the current fiscal. The poultry products alone registered a growth of 83 percent as its export rose to USD 57 million within the half-year bracket of the current fiscal from USD 31 million recorded for the corresponding months of the previous year.

On the achievement, M Angamuthu, Chairman, of APEDA, said, “We have been working with all the stakeholders such as farmers, exporters, and processors to ensure that quality agricultural and processed food products are exported from the country.”

As per the DGCI&S data, the country’s agricultural products exports had grown by 19.92 percent in the latest FY of 2022 to touch USD 50.21 billion. The growth rate is significant as it is over and above the growth of 17.66 percent at USD 41.87 billion achieved in the previous FY 2020-21 and has been accomplished despite unprecedented logistical challenges in the form of high freight rates and container shortages, etc.

APEDA had scripted a new history by facilitating the export of agricultural and processed food products worth USD 25.6 billion in 2021-22, which was around 51 percent of India’s total agricultural goods exports of more than USD 50 billion.

“Through creating a necessary eco-system of exports along with collaboration with key stakeholders in the agri-exports value chains, we are aiming to sustain the growth in India’s agricultural and processed food exports in the current fiscal as well,” Angamuthu, said.

The rise in the export of agricultural and processed food products is the outcome of centre’s initiatives for export promotion of agricultural and processed food products such as organising B2B exhibitions in different countries, exploring new potential markets through product-specific and general marketing campaigns by the active involvement of Indian Embassies.

Government has also taken several initiatives to promote products that have registered geographical indications (GI) in India by organizing virtual Buyer Seller Meets on agricultural and food products with the United Arab Emirates and GI products, including handicrafts with the USA.

In a bid to give a boost to the export of Indian wine, APEDA facilitated the participation of 10 wine exporters in the London Wine Fair held between June 7- 9, 2022.

In collaboration with the Union Territory of Ladakh, APEDA recently organized an International Buyer Seller Meet, which aimed at boosting exports of Apricots and other agri-products from Ladakh. Eighteen entrepreneurs from UTs of Ladakh, Jammu, and Kashmir displayed a range of Apricots and other Agri Products. Twenty buyers from India, the USA, Bangladesh, Oman, and Dubai participated in this event.

APEDA launched an eight-day-long Mango Festival in the Kingdom of Bahrain on June 13. At the show, 34 varieties of mangoes from eastern states, including West Bengal, Bihar, Jharkhand, and Odisha, were displayed at Bahrain’s Al Jazira group supermarket.

The mango show in Bahrain is part of APEDA’s new initiatives to explore international markets for Indian mangoes under the ‘Mango Festival 2022’. It’s the outcome of APEDA’s commitment to providing a global platform for Indian mangoes. It is to be noted that for the first time 34 varieties of mangoes from eastern states have been showcased in Bahrain. On earlier occasions, mango varieties from Southern states like Alphonso, Kesar, Banganpalli, etc were showcased in most of the global shows.

To ensure seamless quality certification of products to be exported, APEDA has recognized 220 labs across India to provide services of testing to a wide range of products and exporters.