Be ready to swiiiiing from the chandelier, because Sia is dropping new music. The singer announced on May 13, 2020 that her new single, “Together” is coming out on May 20. This will be part of her upcoming film Music, which is releasing in September 2020. The movie was announced at the 2015 Venice Film […]

Taylor Swift swiftly attacked her nemesis Scooter for releasing an album this week of old live performances. She blasted Scooter on her Instagram and told her fans that: “This recording is from a 2008 radio-show performance I did when I was 18. This release is not approved by me. It looks to me like Scooter […]

Taylor Swift in a late announcement told her fans that she has canceled all live appearances and performances for the rest of 2020. The singer and musician said this was done to prevent the spread of Covid-19. “I’m so sad I won’t be able to see you guys in concert this year, but I know […]

Katy Perry and Orlando Bloom just revealed the sex of their unborn child to heir fans. Perry shared a pic of her fiance Bloom covered in Pink frost and wrote: “It’s a girl.” Katy Perry tagged the location of the pic as “Girls Run the World” and soon after people and celebs alike swooped in […]

Got to give it to Priyanka Chopra for being her uber hot self where it matters the most. The girl was at the Grammys along with the Jonas brothers and the Jonas sisters and she looked like a princess in a dress that was clearly upfront and open. We loved her confidence when she walked […]

Canadian pop singer Justin Bieber informed his fans that he has been diagnosed with Lyme disease, an infection that is caused by bacteria commonly carried by ticks. Bieber also said more will be explained in a documentary series that will debut on YouTube soon. In a statement, the singer took to task people who accused […]

Vishal Dadlani has threatened all those who are thinking of remixing his song. Declaring his intentions clearly the singer and composer said: “Warning: I WILL sue anyone making remixes of Vishal & Shekhar songs. I’ll even move court against the films & musicians. After Saaki Saaki, I hear upcoming b@stardisations include Dus Bahaane, Deedaar De, […]

Lata Mangeshkar is now on Instagram. The 90-year-old Indian legend also considered swar-kokila shared her post. Mangeshkar can be seen holding a book based on her life, which was gifted to her by her sister and a playback singer Meena Khadikar. “Namaskar, Aaj pehli baar aap sabse Instagram pe jud rahi hun,” reads the caption […] 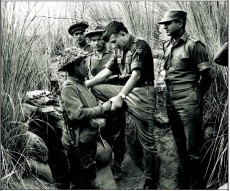 Union Minister Prakash Javadekar released patriotic song Watan produced by Doordarshan to mark the occasion of Independence Day, 2019 in New Delhi today. The Watan song pays tribute to New India. It highlights several path breaking initiatives of the government including the determination and vision behind the recent successful launch of “Chandrayaan 2”. The song […]