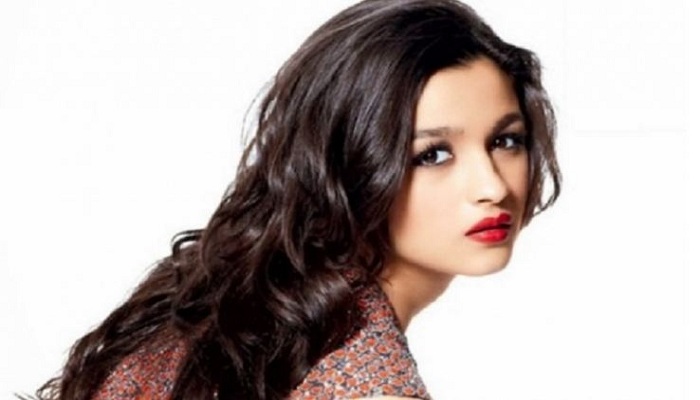 Alia Bhatt did a photoshoot for Elle India and the results are cute!

On the magazine cover, Alia Bhatt looks almost make-up free and her eyebrows look lush. With a hint of cleavage and no expression look, she rocks in red. Actually, many may not even like her look but what she is doing on the cover is what is expected out of models! That is, model the clothes, and not the face. Not sure, if the magazine wanted that considering they had a superstar at hand, but that is what has happened!

Alia Bhatt looks serene in this one, like someone who has just untangled itself from the mortal world. Extremely difficult to pull off!

Are we the only ones who believe that Alia’s eye look enchanting? But don’t we want a little hint of glitter and a loud make-up considering that the light is strong not only on her face but also on the shoulder? Her hair is messy, perhaps, a bun would have been more appropriate as both shoulder cuts would have been visible then.

Alia reminds us of the little cute Chinese girl in this picture. Her jacket seems too big for her. But we do not understand the trousers or her sitting posture at all. Her face, however, is a different matter altogether. But in all her pics, she has carried the serene look. We would have wanted a strong or a sexy in at least one of her shots!

Alia Bhatt does a rain dance in Raveena style, watch it here!

Alia Bhatt: The Princess of Bollywood and her Beautiful Pics!