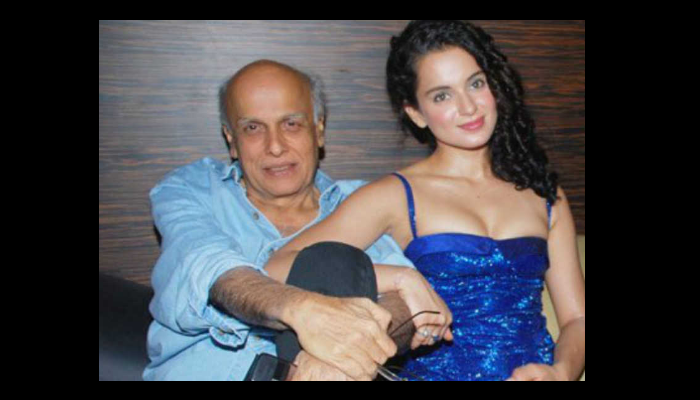 To be an outsider in an industry like Bollywood is no easy task but then one day..some day…a Kangana Ranaut happens.

So when Soni Razdan target Rangoli Chandel, sister of Kangana Ranaut, by showing off that the Kangana Ranaut was launched by Mahesh Bhatt, fireworks were bound to happen.

Razdan wrote that it was her husband who gave Kangana Ranaut a break in Bollywood and wondered what the actor’s personal agenda was in targeting Alia Bhatt.

Alia had recently said that she won’t be able to cast her vote as she does not hold Indian passport to which Rangoli chipped in saying that ‘these non Indians who are living off this land, using and abusing its people and its resources, lying about intolerance and spreading hatred, time to think about their agenda and not to get carried away with their provocations.’

Soni shot back writing that “Mahesh Bhatt is the man who has given her a break … she goes on to attack his wife and daughter. Daughter over and over again. What is left to be said then about abusing and hatred I wonder. Apart from character of course. Agenda ? What’s hers … ?”

Kangana Ranaut in her hottest avatar ever! Check her pics

But Rangoli was having no slights on her sister and corrected Soni Razdan immediately saying that ‘Dear Soni ji, Mahesh Bhatt never gave her a break, Anurag Basu did, Mahesh Bhatt ji works as a creative director in his brothers production house. Please note that he doesn’t own that production house, after Woh Lamhe when Kangana refused to do a film written by him called ‘Dhokha where he wanted her to play a suicide bomber he got so upset that he not only shouted at her in his office but later when she went for Woh Lamhe preview to a theatre he threw chappal on her, he didn’t allow her to see her own film, she cried whole night …. and she was just 19years old.’

The fact that Mahesh Bhatt has not replied to the claim made by Rangoli makes this a rather sad event. But more so, for an outsider like Kangana Ranaut who was just 19 at that time. Must have been traumatic and that’s why Nepotism truly sucks and not rocks.

Dhokha was a flop starring Muzammil Ibrahim and Tulip Joshi where the latter played the suicide bomber avenging her sexual assault at the hands of an Indian police officer.

…. but later when she went for Woh Lamhe preview to a theatre he threw chappal on her, he didn’t allow her to see her own film, she cried whole night …. and she was just 19years old . @Soni_Razdan

But in all these attacks Randeep Hooda joined forces with Alia Bhatt but seeing what Kangana Ranaut faced makes one worried for this industry.