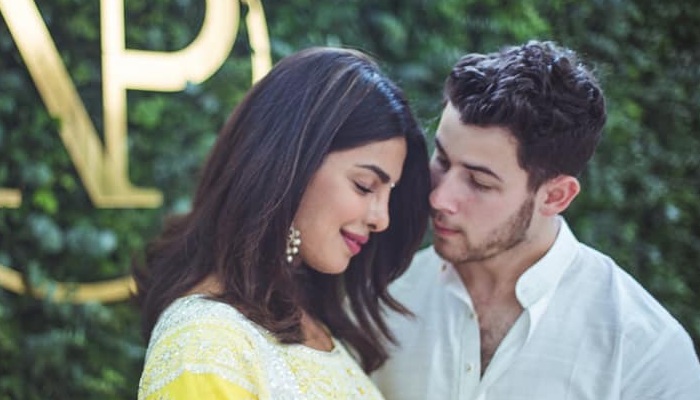 Welcoming the engagement of American singer Nick Jonas with Bollywood-Hollywood actress Priyanka Chopra, Hindus are urging Jonas to be more conversant with Hinduism and its concepts for the better foundation of the union. Nick Jonas and Priyanka have been dating for some time and were speculated to be an item for long.

Zed, who is President of Universal Society of Hinduism, suggested that Nick Jonas should spend some time in an ashram (hermitage) in India, take a dip in holy Ganges River and read some ancient Hindu scriptures—Vedas, Upanishads, Bhagavad-Gita. He or other Hindu scholars would be glad to help, Zed added.

Bollywood has been cheering Nick Jonas and Priyanka Chopra for their union as Priyanka is a formidable star in Asia and is considered a strong personality back home.

It is believed that bath in the sacred Ganges purifies one of all sin, and its water if taken daily confers immortality. It finds mention in Rig-Veda; oldest existing scripture of the mankind, Rajan Zed points out.

It is always helpful to understand where your partner is coming from in spiritual/religious sense, because it is incorporated into one’s personal identity; Rajan Zed notes.

Incidentally, singer Nick Jonas is not alone to get this advice from Rajan Zed, there were others as well, like Miley Cyrus and Justin Bieber.

Priyanka Chopra is every bit hotness in these photos

Parineeti Chopra, Bollywood actor and sister of Priyanka Chopra, could not contain her happiness at the Hindu ceremony and said:

Today I witnessed magic and a fairytale … When we were kids, mimi didi and I used to play “ghar ghar”. We would pretend to be shy brides, have imaginary children, and serve tea to our husbands! Cheesy, but its because we always believed in the magic of love and hoped we would both find that perfect man for us one day!! Today there was no pretending. I cant think of a more perfect man for her. Like I said this morning, there are two ways of judging a human being. One – travel with them, and two, eat with them. Nick, I have done both with you. And so I know you’re perfect for her!! Love her, because she loves you like mad! Protect her, because she’s strong, but a soft soul inside. I love you both and wish you all the happiness forever!!!!! HAPPY ROKA AND FUTURE WEDDING!!

But not many know that Priyanka Chopra comes from a mixed background and one of her dearest and closest relatives was a Christian while she herself has been a vocal supporter of Rohingyas.