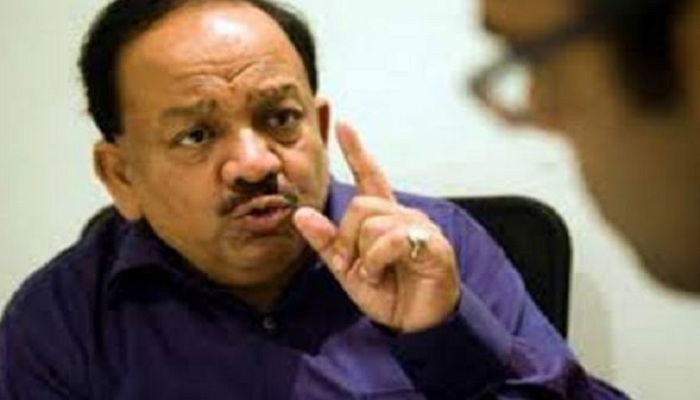 On wee hours of Sep 18th, enemy sponsored terrorists did a sneak attack on our base in Uri that resulted in loss of 19 precious lives of our Jawans.

On 28-29th Sep, our Jawans crossed the LoC and avenged the attacks with much massive casualties of the terrorists’ right inside their breeding zones. Terror camps were destroyed and with that the perception that we can’t strike our enemy where it hurts.

Nothing that we do can bring back the fallen soldiers we lost in Uri attack, or thousands of those who’ve succumbed to the continued terrorism sponsored by our neighbouring nation. However, the Surgical Strikes was a statement from this government led by a decisive PM that we won’t take it lying down anymore. That the government stands firmly behind our army. The PM believes not in empty words, but in actions and his actions alone are a proof of it.

Our neighbour and its entire military – extremist establishment was rattled post our strikes.
Not because its own soldiers were killed, or because its low grade terrorist cannon fodder was depleted but because the entire ISI-military-extremist nexus in Pakistan lives off the hatred towards India.
They enjoy juiciest perks and luxurious lives off the earnings of poor people of Pakistan based entirely on the perception that they’re holding Pakistan’s head high with their bigotry converted to proxy war against India. The inferiority complex, which they have fostered in the people of Pakistan, is satiated with terrorist activities carried out on our soil claiming military as well as civilian lives.

It was thus obvious that Pakistan, a nation that revels in its state of denial, denied having struck by our para commandos. In fact, accepting that they were struck would also have meant acknowledging to the world that their soil is in fact a perfect breeding ground for terrorists.
What Pakistan did is understandable and there’s nothing new about it. What was sadly disappointing, however, was some of our own toeing their line. Take for example a particular Chief Minister of a territory in northern India.

Firstly, even while SAARC nations were boycotting the summit in Pakistan, China & Russia were playing neutral and US was mulling over reprimanding Pak for supporting terror, the said CM was busy mocking the government quoting Pakistani Dailey and giving the impression that it is in fact India that’s being isolated. One of the ex CMs from Congress too was quoting Pakistani defence minister that it was not a terrorist attack but a false flag operation by India itself.

Secondly, post terror strikes when the entire nation stood with our Army and the government, the said CM has now started his same old tune of “show us the proof”.
His argument is, leftist media is demanding proof so we should show it to them.
Who is anyone in this world to ratify whether our actions are genuine or not. Why do we have to prove ourselves to speculations of any foreign agency? Why Mr. CM, you’re singing their tunes?
Is this some sting operation of a government employee taking a bribe or a politician that you want a proof of it?

It was a covert operation. Why do we want to compromise further action against terrorists by disclosing our movements and activities and operational strategies? How on the earth can you be on a constitutional post and demand something that’s completely against the national security?
And most important, will you be satisfied with the proof should the establishment decides to make some of it public?

The Pak defence minister claimed that Uri was a false flag operation by India, what stops you from casting the same doubts even after we have provided the proof of surgical ops?
India has 29 states and it’s just the CM of this one territory that needs proof of everything. Reality is, it’s not about proof but about his petty politics. He has to find some excuse to defame the government. In the past as well this person has fallen to cheapest gimmicks and found some excuse or another for mud slinging and foul mouthing our PM forgetting that he has to uphold the dignity of constitutional post, the post of CM he holds, and that it should be spared his politics of jingoism.

While the people regret electing him to power, he’s out there with his dirty games in Punjab – a state that shares its borders with our beloved neighbour which harbours terrorists. He’s fanning separatist tendencies just to gain political mileage and these actions of his doubting over our military operation is just another of political stunts. In process, deliberately or otherwise, he’s abetting ISI and its nefarious agenda.

Yesterday there’s been another attack on our base in Baramulla any many other places in J&K. Our Jawans were able to thwart off these attacks successfully. At time when the entire nation needs to stand united behind our army these people are spreading confusion, casting shadow of doubt on them and hampering their morale. What a shame.

This man thinks he is above any law or code of ethics, that he can play with people’s sentiments in these sensitive times. For his politics he looks prepared to do things that threaten our national security and peace.
One wonders, is the statement from Pak PM over surgical strikes, Pak army accepting loss of its two soldiers and above all statement from our army not proof enough for him?
Anyone demanding proof of this operation, even after the statement from our army, is clearly implying that they don’t trust our army. It’s for people now to decide how far we’re willing to let him go with this.

While Arvind Kejriwal has doubts on the Army operations, his mentor Anna Hazare has something else to say.

This article has been written by senior BJP leader Dr. Harsh Vardhan and it is his intellectual property. No additions or editing has been done to this article, and as such, the views are his own and www.Currentriggers.com is not liable for any action.