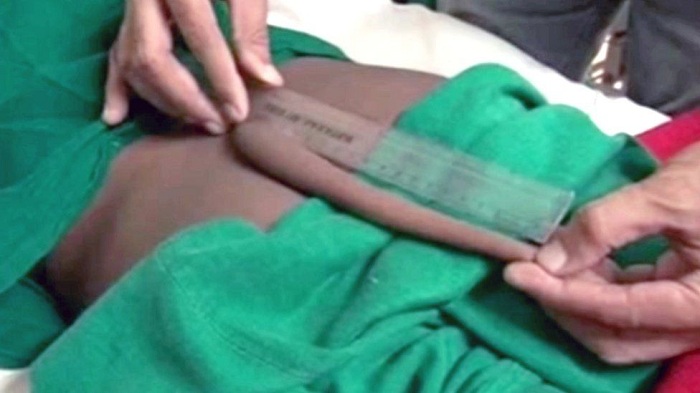 An 18-year-old Indian teenager had to undergo a surgery to remove a “20cm tail” growing at the bottom of his spine. The news, first reported by BBC UK cited Caters TV as the source.

The Nagpur boy first witnessed the tail growing out of his body, at the bottom of the spine, when he just turned 14. However, the family kept the secret under wraps fearing bullying and isolation from the society. When the tail grew too big to be hidden and started developing a bone, the family decided that it was best to consult a surgeon. 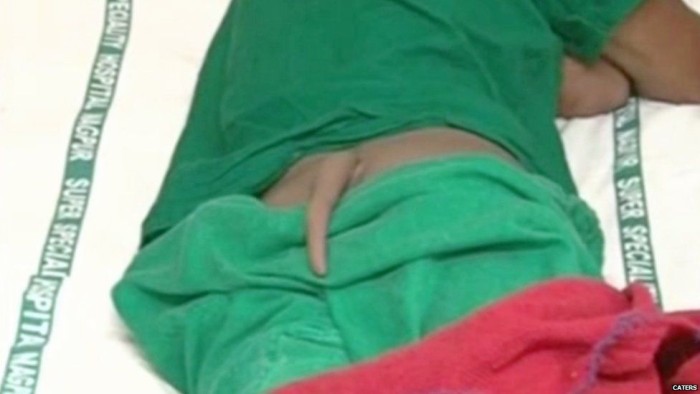 Although such cases are hard to find, the case of the Indian teenager is thought to be the longest tail ever recorded on a human.

The boy’s mother who refused to be named told BBC,

“It became a problem when the tail grew outside the body.”

“He would just lift the tail every time he needed to change his clothes.”

“I could see that it was very annoying and painful for him, so I took him to a hospital.”

Dr, Pramod Giri, the surgeon who operated on the boy, believes that the tail must have formed in the womb as a result of a spinal deformity.

The boy is now recovering from the surgery and will be allowed to go home after a few days.