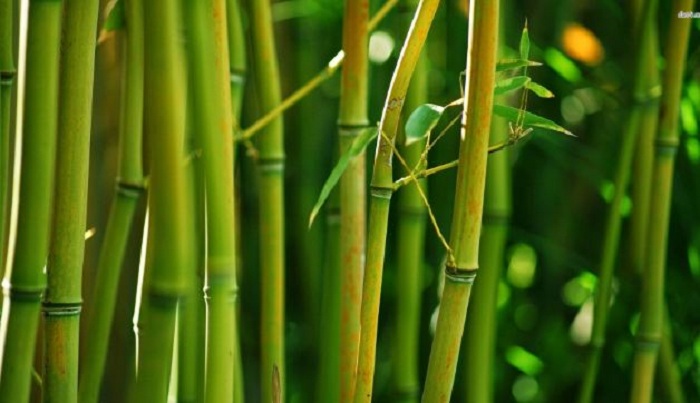 In April this year, the Cabinet Committee on Economic Affairs chaired by the Prime Minister, Narendra Modi approved Centrally Sponsored Scheme of National Bamboo Mission (NBM) under National Mission for Sustainable Agriculture (NMSA) during remaining period of Fourteenth Finance Commission (2018-19 & 2019-20). The Mission would ensure holistic development of the bamboo sector by addressing complete value chain and establishing effective linkage of producers (farmers) with industry. This was in tune with Dr. Jitendra Singh’s vow in a press conference at Aizawl in 2015 in which he said thatthe government is committed to develop Mizoram as the ‘Bamboo State of India’.

The State of Mizoram is blessed with very high production of bamboo, which can be turned into a major source, not only for furniture but also for paper supply to the rest of the country, he had said.

Projecting India as a nation with vast resources of bamboo, Union Minister for Environment, Forest and Climate Change, Science & Technology and Earth Sciences, Dr. Harsh Vardhan had also banked on bamboo in March of 2018. He had said that India has the potential to become a significant player in international bamboo export. At a meeting held with the representatives of International Bamboo and Rattan Organisation (INBAR) in New Delhi, Dr. Harsh Vardhan emphasized the thrust provided by the Government to develop the bamboo sector to address various issues such as livelihood, climate change mitigation and land degradation. The Minister specifically referred to the landmark initiative of the Government of promulgating the Indian Forest (Amendment) Ordinance, 2017 to exempt bamboo grown in non-forest areas from definition of tree, thereby dispensing with the requirement of felling/transit permit for its economic use.

Dr. Jitendra Singh in his meeting with Kenji today noted with satisfaction that Japan has provided loan assistance of about Rs. 10,000 crore for various ongoing projects during the last over four years.Kenji said the NER projects account for approximately 10% of all ongoing projects supported by the Japan International Cooperation Agency (JICA) in India.

The Japanese Ambassador gave a detailed presentation about the nine ongoing developmental projects in the NER supported by the JICA such as the Water Supply and Sewerage project in Guwahati and a number of projects under three Phases of the North East Connectivity project. He said the JICA is also supporting three new projects in the NER including the Umian Umtru Hydro Power Stage-3rd project in Meghalaya.

Kenji has sought the Minister’s intervention in timely implementation and constant review of the NER projects funded by JICA and Japan’s Official Development Assistance (ODA). Dr. Jitendra Singh said the Prime Minister Narendra Modi has laid stress on rapid development of the NER and this week he inaugurated India’s 100th airport in the North-Eastern state of Sikkim. Dr. Jitendra Singh assured he would pursue with the Ministry of Home Affairs to ensure security for projects delayed due to insurgency problems.