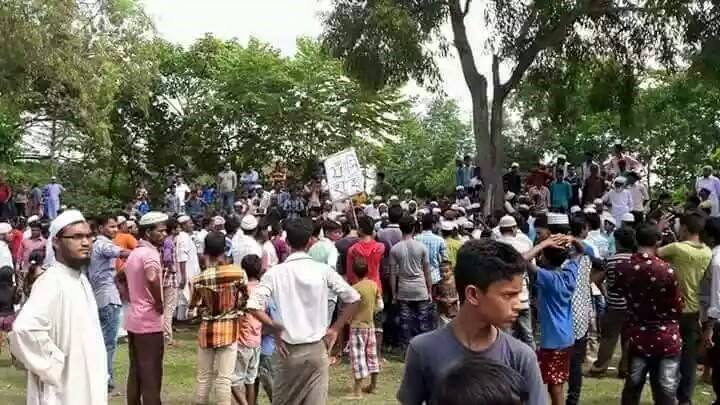 Krishna idols were recovered from a mosque in the Nasirnagar Upazila of Brahmanbaria by Bangladesh police.

Daily Star reported that the Krishna idols were recovered from a mosque at the Bitui Village.

In Islamic faith keeping idols is not allowed, so what were the Krishna Idols doing inside a mosque and that too when the religious bigots terrorized the minority Hindus after a Hindu boy was accused of putting an ‘image’ of a Hindu God atop a Muslim religious structure!

The religious sentiments got hurt after the rumors went wild that a Hindu boy has either liked, posted or shared a Facebook post that showed Lord Shiva’s picture on Muslim religious place Kaba but stealing statues and placing them in a mosque is apparently fine with the bigots.

The man in question is Rasraj Das and he said that he has done nothing but still he was forced to apologize as the cycle of violence refused to end and has not ended even now as more desecrations and temple attacks are coming to light from the different parts of the country.

Bangladesh Hindus grieve as another Temple gets desecrated