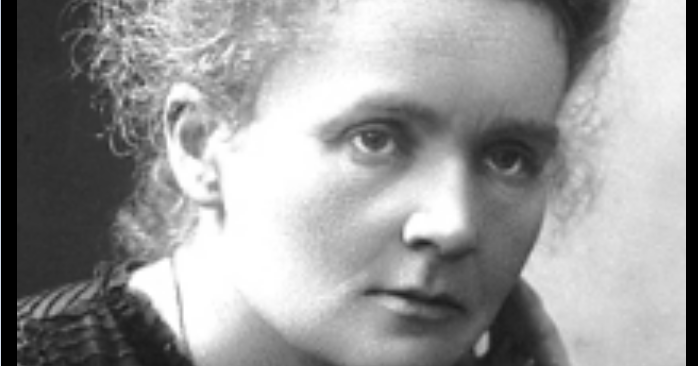 Her full name was Maria Salomea Sklodowski and she was born in Warsaw, Poland, on Nov. 7, 1867.

Marie Curie is easily one of the most prominent scientists of our times and was born Maria to Skłodowska and was the youngest of five children. Her parents were teachers, a trait that she absorbed and was a great teacher herself.

She married physicist and collaborator Pierre Curie in 1895 and by that time she already held two Master’s degrees in Physics and Maths but she also decided to obtain a certificate that allowed her to teach science to young women.

Pierre Curie and Marie Curie were later awarded Nobel Prize in Physics in 1903 for their research on radiation. This was her first Nobel Prize and also showed that the husband and wife were one of the greatest scientists of the age. Marie Curie won another Nobel Prize in 1911 “in recognition of her services to the advancement of chemistry by the discovery of the elements radium and polonium, by the isolation of radium and the study of the nature and compounds of this remarkable element”.

On 19 April 1906 Pierre Curie died after he was run over by a horse-drawn wagon near the Pont Neuf in Paris.

Following the tragedy, Marie was offered a government pension, but refused it: “I am 38 and able to support myself,” she said. Instead, she succeeded Pierre as Head of the Physics Laboratory at the University of Sorbonne and in 1911 became the first person to be awarded two Nobel Prizes.

Photo: Clipping from the front page of Le Matin, 20 April 1906 speaking about the death of her husband. 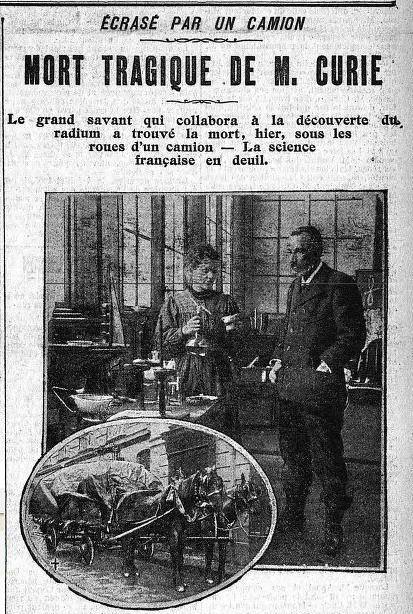 Marie Curie: Do you know these facts about the scientist?