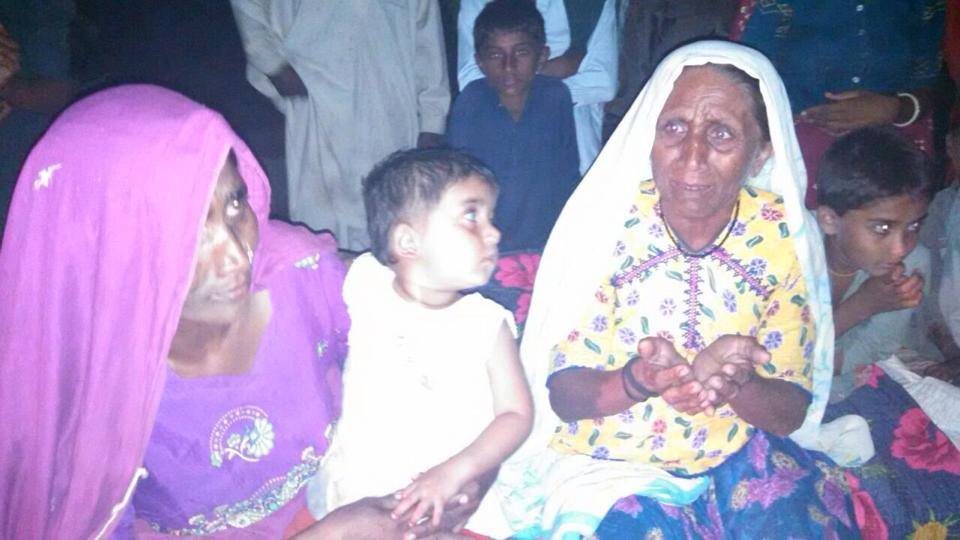 The abduction case of two minor Pak Hindu girls has taken a turn for the worst with police refusing to register FIR even after almost a month of their abduction as it involves a powerful secular politician with a criminal background.

In the Moya district of the Tando Muhammad Khan, Sindh, 5-year old Pak Hindu girl Shanu Maheshwary who along with her sister 14-year old Hindu girl Momal Maheshwary ( both the daughters of Khamiso Maheshwary ) has been reportedly forced to convert to Islam saw another turn in the case, as it today brought some members of the Secular Sindh Forum to the doorsteps of the family.

These two Pak Hindu girls were abducted on 18th August 2016 from the village Ali Muhammad Sathiyo.

The girls have been kidnapped by Dado Magsi, Gulzar Magsi and other secular nationalists with criminal background and despite all hue and cry, A.D Khuwaja, I.G Sindh has done nothing to bring the criminals to justice.

Despite protests by the poor family members, the Sindh police did nothing to launch FIR and instead demanded 1 lakh in Pakistani currency to file it. Know all the details about the case here: 5-year old Hindu girl forced to convert in Pakistan

In an interview with Currentrggers.com, Asad Chandio has expressed his thoughts over the forced conversion of Pak Hindu girls deeply.

You can read the exclusive interview here: With Sindh occupied, Hindus in Pakistan are seen as Enemies

This case is eerily similar to that of the Pak Sikh girl Anarkali Kaur and Pak Hindu girl Rinkle Kumari who failed to get justice in the nation.

The copyright of the video is with Secular Sindh Forum. Watch the video:

A.D Khuwaja, I.G Sindh also did nothing to protect the minority Hindu community when the Sufi Pirs of Bharchundi Sharif directed murderous mob on the cooked up charges of Blasphemy against Islam. It was later revealed that the man who committed Blasphemy was a Muslim.