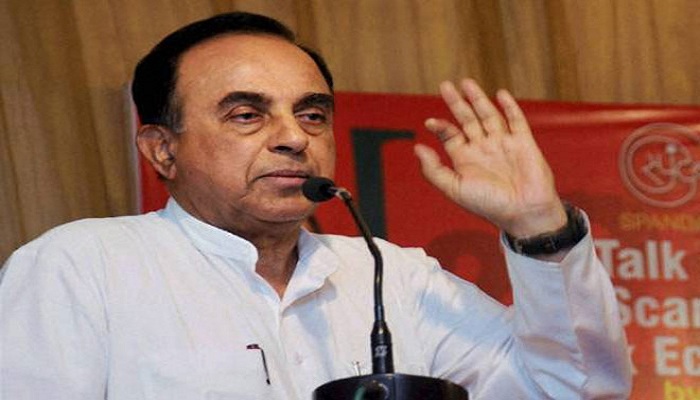 Time for Farooq Abdullah had re named 500 Kashmir villages with Sanskrit names to Islamic names. Time to undo it

However as soon as he spoke his mind, he got a challenge thrown at by a man who dared him to come and utter the same in Kashmir. To this, the BJP leader, not known to be politically correct, said that this was also told to him last time by the LTTE. He said: ‘I did and they disappeared.’

@Swamy39 dare to come to kashmir and say same words …. Cat in his house feels like a lion

Subramanian Swamy’s suggestion, however, got a thumbs up from the Twitter users who felt that secularism is needed in Kashmir. Many were also left bewildered as to why going back to their original names got such a nasty response from some quarters.

In recent times, Kashmiri Hindus and Sikhs have been attacked and many were even left disappointed by the way the center handled the All-Party-Delegation fiasco in which the Kashmiri Hindu and Sikh groups were sidelined and the leaders like Sitaram Yechury went out of the way to appease separatist elements.

Raveena Tandon speaks out on Kashmir

Bollywood actor Raveena Tandon today slammed a Pakistani who said that all Pakistani Hindus were safe in Pakistan and instead told her to ‘see’ Kashmir.

Yes you are right-Kashmiri Pandits were raped massacred and thrown out of their land..we have to "see" kashmir https://t.co/8HqRjXaTVO

To this, Raveena Tandon said that he was right and that Kashmir Pandit massacre needs to be seen.

Barrister Hamid Bashani of Pakistan Occupied Kashmir has also said that Kashmiri Pandits were driven away after facing terrible times in their native lands.

Meanwhile, Pakistan may soon invite Indian Author Suzanna Arundhati Roy to speak on Kashmir, however, this is not yet confirmed but many see this as an opportunity to internationalize the issue.

To read more about this issue, you can click below:

Pakistani Punjab may invite Arundhati Roy to speak on ‘Kashmir’