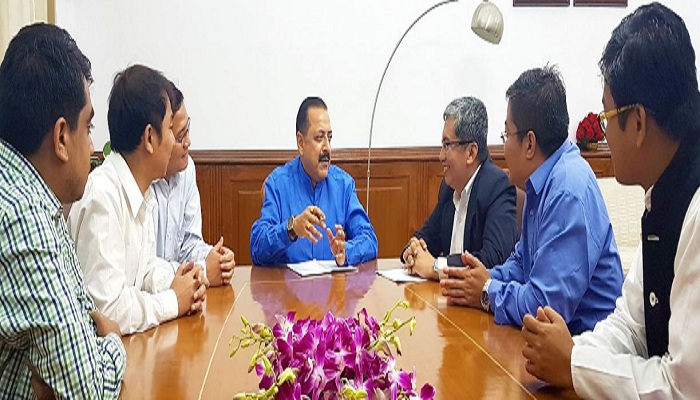 A delegation of All India “Chakma” Social Forum called on Union Minister of State (Independent Charge) for Development of North Eastern Region (DoNER), MoS PMO, Personnel, Public Grievances, Pensions, Atomic Energy and Space, Dr Jitendra Singh here yesterday and sought his intervention for grant of citizenship rights to “Chakma” migrants which, according to them, they had been denied for the last almost half a century.

In a memorandum submitted to the Minister, the members of delegation stated that during the period from 1964-68, around 15,000 Chakmas had fled from the Chittagong Hill tracts of the then East Pakistan to escape the oppression of Pakistani rulers. After migration to India, they settled in the then Northeastern Front Agency (NEFA), currently Arunachal Pradesh.

The memorandum also alleged that not a single application of any Chakma migrant had been recommended for grant of citizenship in spite of the applications fulfilling the criteria for the citizenship. As a result, according to them, the Chakmas cannot move out of their villages because of lack of identity proof which is necessary and is indispensable in the context of current security scenario.

Seeking intervention of the Minister, the signatories to the memorandum requested for designating two special officers in the Union Ministry of Home Affairs (MHA) to address the issues raised by them and ensure early redressal. Dr Jitendra Singh gave a patient hearing to the delegation and said that he would forward their case to the MHA and seek its views on the issue.