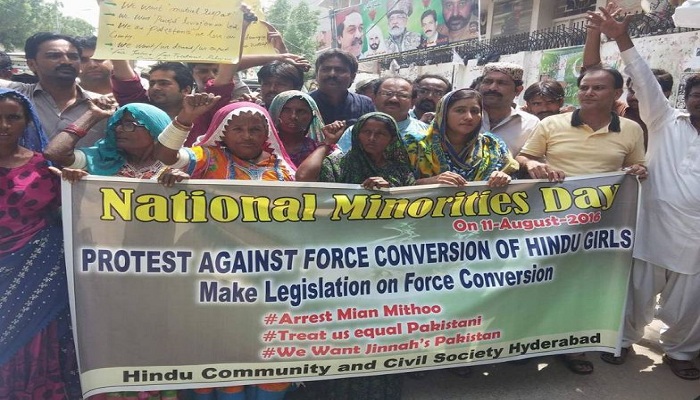 He also said that while Hindus in India support secularism, the Indian Muslims don’t speak out against violence that the minority Hindus face in Muslim nations such as Bangladesh and Pakistan.

An IndiaTVNews report quoted Ghulam Nabi Azad saying this on Tuesday in a seminar on — Role of Muslim Youth in Strengthening Democracy — organized by the National Tricolour Association of India:

“There have been cases of violence against Muslims, from (Mohammad) Akhlaq’s lynching in Dadri to two boys in Jharkhand who were hung from a tree. And, there has never been a lack of expression of secularism from Hindus in our country. You see on television, how they (Hindus) strip RSS and BJP bare, whenever such incidents happen. But, why we (Muslims) don’t raise issues when there are violations against Hindus in Pakistan and Bangladesh.”

Why should Indian Muslims speak against atrocities against Hindus?

The India Tv report also quoted him as saying that if the Indian Muslims start speaking against acts of violence against Hindus in the neighboring countries then the BJP may start losing its relevance.

Not only Azad but two other scholars, who spoke at the seminar held at the India Islamic Centre, lamented that the “silence” of the Indian Muslims on violence against Hindus in “India’s neighborhood”.

We hear cases of violence meted out to our Hindu brothers in Bangladesh, or of Hindu temples being razed or desecrated. But, do we (Muslims) speak out on such brazen acts of violations. We must speak out against injustice, just as we expect our majority Hindu brothers to stand by us in India.