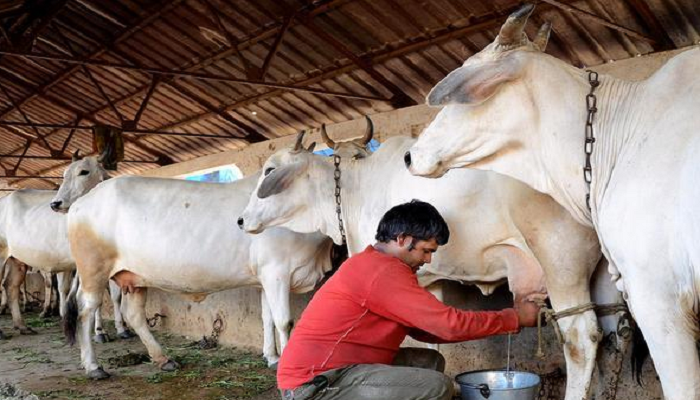 After independence Military Farms flourished with 30,000 heads of cattle in 130 Military Farms all over India in varied Agro-climatic conditions. Military Farms were even established in Leh and Kargil in late 1990s, with the role of supply of fresh and hygienic milk to troops at their locations on daily basis. Another major task was management of large tracts of defence land, production and supply of Baled Hay to animal holding units.

For more than a century Military Farms with their dedication and commitment supplied 3.5 crore ltr of milk and 25000 MT of hay yearly. It is credited with pioneering the technique of Artificial Insemination of cattle and introduction of organiSed Dairying in India, providing yeoman service during 1971 war, supplying milk at the Western and Eastern war fronts as well as during Kargil operations to the Northern Command. In collaboration with the Ministry of Agriculture, they established “Project Freiswal”, credited to be the world’s largest cattle cross-breeding program. They also teamed up with DRDO in development of Bio-Fuel.

After 132 years of glorious service to the nation, curtains were drawn on this organisation. All the officers and workers have been redeployed within the ministry to continue providing service to the organisation, a press note from the military of defence stated today.

Did you dream of a cow attack? Wondering what it means?