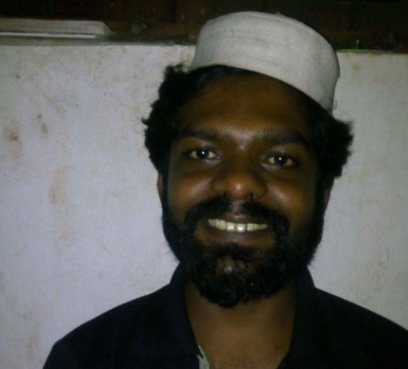 Kochi, July 26, 2016: A Muslim writer was thrashed by Islamists in Kerala for committing blasphemy against God.

Jimshar was attacked when he was awaiting a bus at the Koottanadu.

The Muslim writer was repeatedly kicked in the chest and he collapsed after the thrashing. Meanwhile, his cries alerted the locals, which scared the attackers and they fled from the scene. Attackers kept repeating: “How dare you to write against our Padachon,” while kicking him. His spinal cord has also been damaged by the attackers.

Local people got him to the hospital.
The alleged blasphemy was done by the title the writer chose for his new collection of short stories. The stories are titled as the Padachonte Chithra Pradarshanam (God’s Photo Exhibition) which is coming out on August 5, 2016.

In Malayalam, the word ‘Padachon’ means Allah/God/Creator however, the writer denies that he had any intention to hurt anyone.

Such violence in Kerala is not odd;  Rafeeque Taliparamba who is a Muslim photographer from Kerala bore the ire of the Islamic extremists last year when he raised questions about the women rights and spoke out on the Purdah practice in a WhatsApp group that had his close friends in it.

For his personal opinion his friends in the group started throwing nasty abuses on him and the next day his expensive studio was burnt down. The group name was ‘What is Islam’ and the Muslim photographer even had to suffer boycott from his friends.

Last year itself on November 22, 2015, a Muslim journalist named VP Rajeena was abused and threatened with death when she wrote a poignant post on how sexual exploitation of her classmates was done by her Madrassa teacher.

As a result of threats her account was blocked but she continues to receive threats. In that Facebook post ,the Muslim journalist had narrated that how her ‘ustad’ meaning the Muslim teacher at the Sunni Madrassa in the Kozhikode city of Kerala who would abuse her male classmates by touching their private parts.

She wrote that the young boys were routinely summoned by the Ustad or teacher and would be made to unzip so as to ‘check’ the size. The boys and girls were left aghast but this was not an isolated incident as per the journalist. She had written that this went on while she was at the madrassa and that even the girls in her class were not spared. The journalist wrote that the ustad was at least 60 years old and would particularly sexually abuse minor girls during power cuts.

Even a university professor named TJ Joseph was attacked by Islamists with knives and swords in 2010 after accusing him of blasphemy against their Prophet. The attackers brutally chopped down the right arm of the professor at Muvattupuzha, Ernakulam district (Kerala) prompting Sajan K George, president of the Global Council of Indian Christians, stating that “Sharia is not the law of India.”

At that time the Christian professor was returning home from the Sunday service with his family. The attackers carried away his arm and dumped it 180 meters away while the professor fell down in the pool of blood.