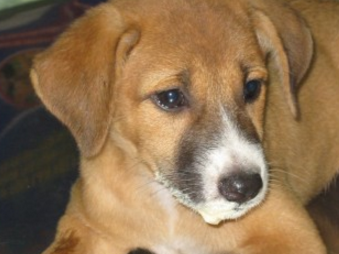 Hyderabad, July 20, 2016: Cruelty against dogs is increasing in India, first a sweet female dog Bhadra was thrown off a building by medical students in Chennai for fun and now three little puppies have been burnt alive by sick youths in Hyderabad while police have not been able to arrest them till now.

First, the puppies were tied and then covered with twigs, leaves, and hay after which the mix was set to fire.

One of the boys can be heard saying “jaldi lekar aao” (get soon) to his companion asking him to get more grass while puppies squeal in pain due to the burns.

While the pups cry out no one is heard or seen near it and who shot the video is also unclear.

It is not clear whether the puppies could even survive the gruesome ordeal but crimes against animals such as dogs and cows are increasing with many taking to punishing them for pleasure.

Earlier, a horse named Shatimaan suffered a painful death after it was taken to a political rally where it slipped and injured itself.

In Delhi this year too, a dog stabber killed many  dogs in front of the Delhi metro station and was nabbed at last after a public outcry ensued.