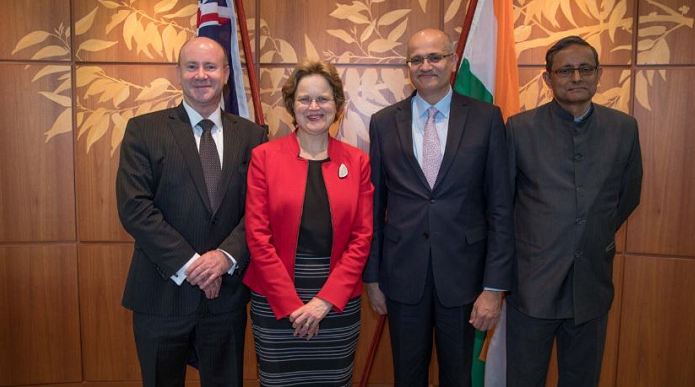 India and Australia are coming closer.

All aspects of bilateral relations with focus on strategic and defence relations between the two countries were reviewed.

India and Australia share warm and multi-faceted bilateral relations based on shared democratic values and pluralism. At the meeting, both sides underlined the growing convergence on a number of strategic perspectives including the need for a free, open and inclusive Indo-Pacific region.

During the visit, the Indian delegation also met the Director General of the Office of National Assessment and senior officials of the Department of Defence.

The Indian side is expecting that the two countries will be able to ensure a more robust defence cooperation than it has at present as Chinese aggression has increased manifold. Australia, USA, India and Japan are being looked at by the world to help contain the dragon which has shown no interest so far in anything like diplomacy so far.