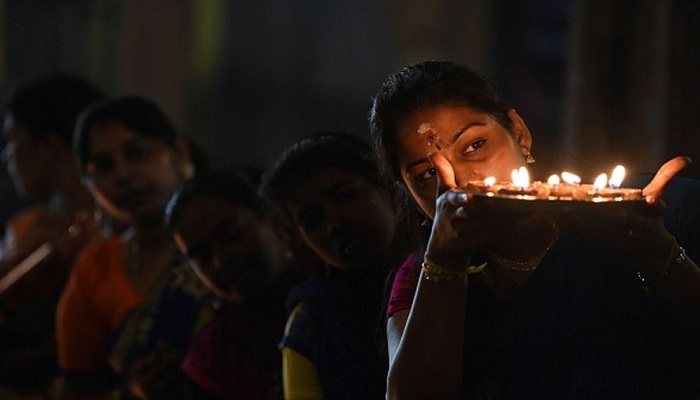 Siva Senai is a new Hindu group that has been formed by Maravanpulavu Sachchithananthan in Sri Lanka to help Hindus get their due political, human and religious rights.

As soon as the news of the formation of the Siva Senai has come to India, people are curious as to what this group can do in a country where Buddhism of the extremist kind is prevalent.

Shiv Sena of India is already eager to collaborate with Siva Senai as the party leader Sanjay Raut told News 18 saying that Shiv Sena is a Hindu party and therefore, the cause of Hindus all over the world is dear to it.

However, there are Sinhalese Buddhists who are afraid of the movement as they fear that this group has the potential to challenge the status quo in the nation. Sinhalese nationalism and Buddhist nationalism has targeted Hindus the most while it has gone softer on Muslim and Christians.

The reason why they are not as strictly against the above two is clear too; who can take on the collective might of the religion with billions of followers and dozens of countries?

Going against these many nations means a complete diplomatic isolation whereas the Hindus are associated with a secular nation like India. In short, the Hindus in Sri Lanka can either fall back on their cultural identity or their ties due to their religion but in both the cases the government can shrug off their issues claiming that India is not a religion-based state. The Tamil Hindus, as Maravanpulavu Sachithananthan pointed out, are also suffering in the name of Tamil unity.

He pointed out that Tamil identity is often used to shut the Tamil Hindus. He pointed to News 18 that the Tamil Muslims formed Sri Lanka Muslim Congress (SLMC) while Christians encourage conversions against Hindus. The Buddhists, he said, are entering the Hindu villages to plant Buddha statues…which they never dared before the end of war in 2009.

His point is simple, why should Hindus be the Atlas who could never shrug the burden of the Tamil unity? Why was it that what is always expected out of Hindus is never even asked from Christians, Muslims, and Buddhists?

Sri Lanka is not a secular country like India. It is a Buddhist theocratic nation. Our Constitution says Buddhism is a priority religion. They are getting government money. Christians get money from Christian nations and Muslims get money from Arab nations. Hindus get nothing.

Violence against Hinduism should worry Sri Lanka and not Siva Senai

It is clear that the formation of Siva Senai has worried the Sinhalese Buddhists, Christians, and Muslims. They fear the loss of ‘Tamil Unity’ and also a radical Hindu movement. But why Sri Lanka and these groups  are not worried about the violence and the subjugation that Hindus face?

Why is that while an extremist Buddhist group like the Bodu Bala Sena (BBS) is willing to work with RSS to work out Buddhist-Hindu peace zone, yet if the same RSS extends support to Siva Senai, then it will become a problem for Sri Lanka and the Buddhist, Christian and Muslim groups? RSS probably did not agree to the BBS plan but  that the talks like this came from the very top, Bodu Bala Sena (BBS) chief and Buddhist monk Galagodaatte Gnanasara, shows that Buddhist groups had no problems with Buddhist-Hindu alliance like this one. Dilantha Withanage, chief executive of Bodu Bala Sena (BBS), the hardline Sinhalese Buddhist nationalist, even wished for a Prime Minister like Narendra Modi! But a Hindu-Hindu alliance is a cause of worry? Why?

The chief coordinator of Siva Senai, Sachithananthan, on Wednesday issued a statement that on the day of the Vijayadasami (Tuesday), stating that the Buddhists, Christians, and Muslims disturbed Saiva Tamil religious rituals of Muththumari Amman Temple in Anuradhapura Old Town.

He further narrated the ordeal of the devotees, stating that they were chased by some perpetrators and one of the devotees who escaped into the sanctum was brutally stabbed by a Buddhist and a Muslim. The perpetrators also smashed the image of the deity at the sanctum. Siva Senai coordinator wants a new statue to be put. But this shows the woes of the Hindus in Sri Lanka and the need for a group which can ensure that the culprits are exposed and get punished.

Therefore, what Sri Lanka should worry more about is such acts of violence and the emboldened ways of the perpetrators rather than Siva Senai which is clear in its goals that it is a peaceful movement focused on its rights. Check the video of the statement that Maravanpulavu Sachchithananthan issued on the violence in the Muththumari Amman Temple: