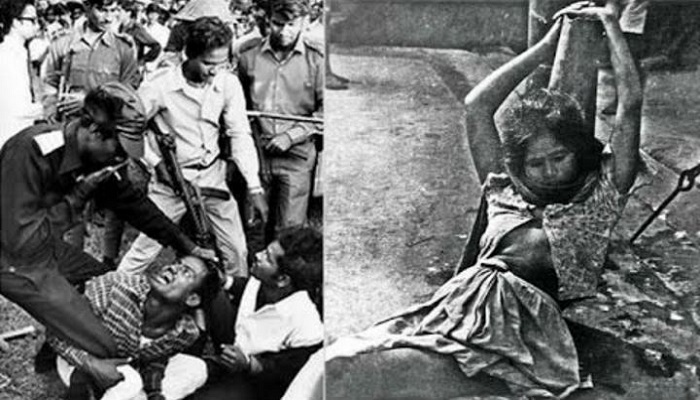 Mr. Sukriti Mondal is the Editor of www.eibela.com, an online daily of Bangladesh which is published in two languages, Bangla and English. The website, one of the best in Asia, has brought to light many problems which the minority communities face in the neighboring South Asian nation politically and religiously. Here is an in-depth interview with the Editor of Eibela.com on issues that have been troubling a large section of the Indian society:

Actually, I do not feel any challenges coming my way from the current government but threats exist from Islamist groups. But those are not direct, they come via telephone or Facebook, etc. I am also not only a journalist but also part of a socio-political organization named “Bangladesh Jatio Hindu Mohajote”. I am an Executive President in central committee of this organization. I enjoy grassroots level connection with the people right from the capital city to the villages. The Bangladesh government knows this very well, and above all, the Islamist groups too know it very well.

You know there are 64 districts in Bangladesh. Mr. Prodip Mohanta lives in Bogra district and is a local representative of a daily. As far as I know, it’s a local issue and such threats come from local people. It is very easy to catch the culprit by the police if it really wants to! I will say here, Bangladesh is not the same as Pakistan, Afghanistan, Syria or Iraq. Everything depends on the Indian policy now.

Who is secular? All bloggers are not secular! Some bloggers try to say against religion (Hinduism or Islam). They are not secular, they are atheist. You know Sanatan religion can tolerate, you can say anything to its God and Goddess, but it is impossible to say anything against the Muslim religion or its icons, etc. When some bloggers were killed here, then our PM Sheikh Hasina spoke out against the bloggers and ordered law enforcement agencies to find out their previous history and record of writings. And, what do you mean by secular? They are Muslims at every cost, but it is we who are not Hindus many times, we become secular. To be seen as secular, we, the Hindus, eat beef on roads in huge gatherings but have you seen any Muslim who also claims to be secular and eats pork publicly? Atheists will not survive in Bangladesh at any cost. We Bangladeshi people believe in religion and are religion-friendly. But, I do say that some political policy has also helped in the growth of extremism.  I believe it is possible to become liberal if India will help! Because I think Bangladesh is different from any other country of the world.

I think I already gave your answer in your previous question.  Again, I am saying if you say the atheist bloggers then you will not get any help from the Bangladesh government’s side. What you will see after every blogger murdered is the usual procedures to maintain rules and regulations and nothing more. As I believe the Bangladesh government’s indirect policy is that these bloggers are atheists, so no regular type of help can be given to them. You may not believe it but it is true.

First thing, India needs to change Indian foreign policy regarding Bangladesh. Until now, India has worked on the principle that Bangladesh is a Muslim country because once it was a part of Pakistan. Indian foreign policy made in 1948 has not changed. Bangladesh is now an independent country and the country got its independence with the sacrifice of 3 million people out of which the 2.3 million were Hindus. In 1971 war, the fight was not for a Muslim country, it was for a secular country where all religious people will get equal rights, India knows it all very well. I believe that Indian politics, especially with the Congress in power for a long time, turned the situation for Hindus in Bangladesh for the worst.

It’s a good move. Every Bangladeshi knows that in 1971 war India helped us and we got Independence. But you believe it or not, most of the Bangladesh’s Muslim have become anti-India! You can see someone saying something in favor of India but that person must be getting some benefits from India or now is in a trap, such as Taslima Nasreen. There is no option now for Taslima Nasreen to go against India because in Bangladesh, the Muslim community is against her. She is not allowed to come here and even if she dies in Bangladesh or comes here, our PM will not help her. Very few people from the Bangladesh Muslim community are in favor of India. It is hard to find a Muslim from Bangladesh who can love India without any self-interest because they believe India is a Hindu country! Of course, India is a secular country but not in their eyes!  This is 100% true. May be you as an Indian will not believe it! Jointly making of the movie is a political initiative because Awami League (AL) under PM Hasina is in power. In Bangladesh politics, AL is a pro-India party. There are also lots of mistakes made by the Indian politicians regarding Bangladesh after the 1971 war of independent, jointly making a movie cannot fill up that. But I say that what has happened in the past, ok, leave it–now we are 2 to 2.5 crore Hindus living here and that is 10% of the total population. But, in land and property we have 30% ownership, this is our strength.

There is mixed perception amongst our people especially in the Muslim community now because you know it happened 44 years ago, and most of the time anti-India people were in power in Bangladesh. Within this time the national government shaped it as a Muslim state. Most of the Muslims now think that India helped us in 1971 because it was in her own interest! And after the completion of the war, many say, that the Indian Army robbed lots of assets from Bangladesh, etc. It was the fault of Indian politicians to completely withdraw the Indian Army within 3-month time after Bangladesh got independence. From that time onwards, Indian help has been decreasing day by day. May be present the Indian politicians will understand that the situation may become threatening for the India’s 7 sisters (North-East) in future. Mind it here, that geo-politically Bangladesh is in a good position between India and China. At any moment, Bangladesh politics can go to China’s side if India does not play its cards properly and intelligently.

You May Also Like:
Hindus, other minorities facing survival crisis in Bangladesh: HFS President