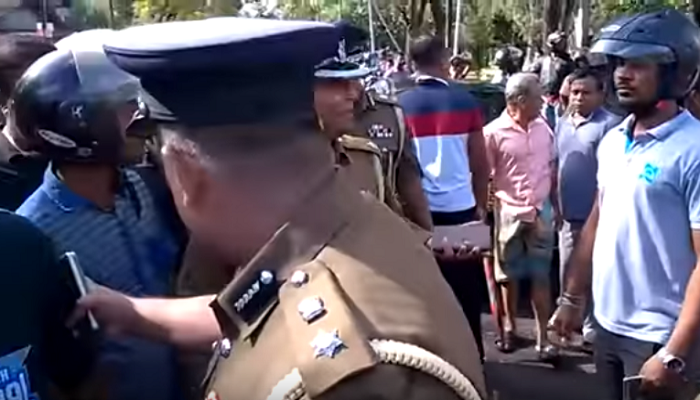 In Sri Lanka, Buddhists and Muslims relations are under renewed strain. The two religious groups, which have been at loggerheads due to the issue of Rohingya persecution in Myanmar, have now clashed for an unknown reason in eastern Sri Lanka’s Ampara.

At least 5 people have been injured, while a Mosque and several shops have been damaged on Monday. Police have already been deployed in Ampara but no arrests have been made till now.

Muslim Council of Sri Lanka (MCSL) condemned the latest attacks and said that the “Muslim business establishments are targeted.”

The reason behind the clash is a rumor that a Muslim eatery in the Ampara town was putting some sterilization pills in the food.

To check upon this, a group of vigilantes visited the eatery located on D.S. Senanayake Street in Ampara for a meal and later attacked it. The police said that their investigation will also look into the charge made by the Buddhist vigilantes that sterilization pills were being mixed in the food.

The Muslim population in Sri Lanka is about nine percent of Sri Lanka’s total population of 21 million. Buddhists make up about 70 percent and Hindus are about 13 percent.

Sri Lanka’s Constitution ensures that the Buddhism gets an exalted status.