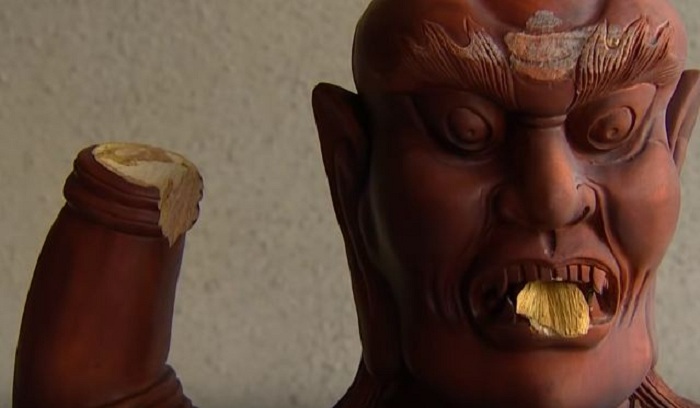 King5.com which reported this news also reported that this desecration happened on June 20th and also that the perpetrator told investigators that “God called him” and that he was “doing His work,” according to court documents.

The man was caught in the act on the premise of the Buddhist Temple:

Members of the Temple have remained mum for the fear that they will be targeted. But the statue which was smashed by Clarke represented the Temple’s Guardian deity and was hand carved in Vietnam with a tag of around USD 3000. The Temple had some items stolen before and also illegal dumping was happening from time to time.

Police also said that the Vandal also tried to pull down a pillar with his car to do more damage to the property.

This act has been described as a hate crime.