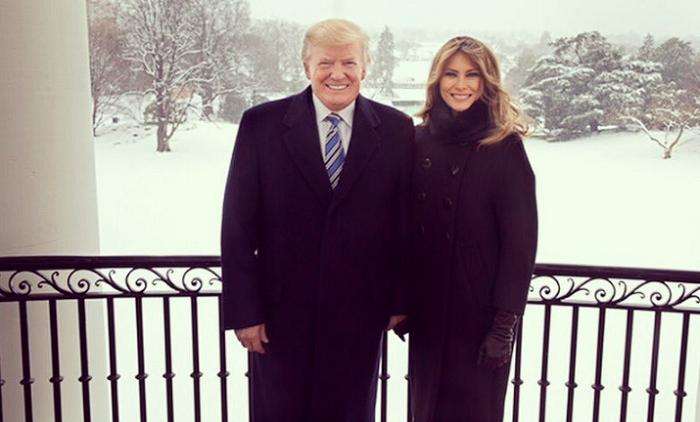 Donald Trump wrote on his Twitter account that the ‘Fake News Media has been so unfair, and vicious, to my wife and our great First Lady, Melania. During her recovery from surgery they reported everything from near death, to facelift, to left the W.H. (and me) for N.Y. or Virginia, to abuse. All Fake, she is doing really well!’

Nude pics of Melania Trump are not embarrassing, something else is

Then US President Donald Trump said that this was when at least four reporters spotted Melania in the White House last week walking merrily along to a meeting but it was never reported in any media outlet.

Four reporters spotted Melania in the White House last week walking merrily along to a meeting. They never reported the sighting because it would hurt the sick narrative that she was living in a different part of the world, was really ill, or whatever. Fake News is really bad!

Earlier, Melania Trump had tweeted that she can see that media is working overtime speculating where I am and what I am doing.  Rest assured, I am here at the White House with my family, feeling great, and working hard on behalf of children and the American people! But despite her tweet on 30th May, the speculations have refused to die down. We are hoping they will definitely die down now!

Melania Trump: Stunning pics of the lady behind Donald Trump