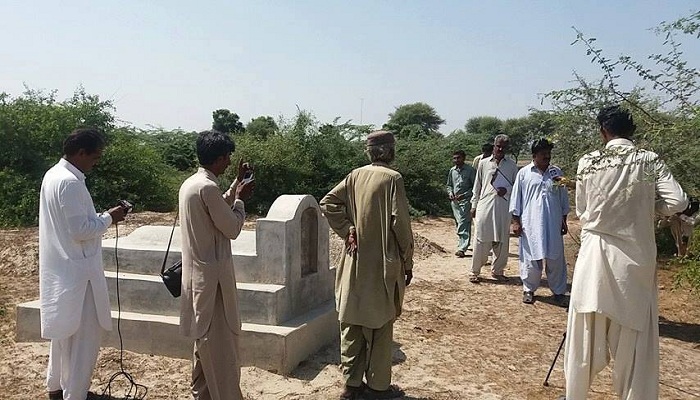 A Hindu burial ground in Malkani Sharif was vandalized and the dead bodies of a woman and two men from the Rabari tribe were dug out and desecrated.

Widely believed to be the work of the black-magicians, the news has, however, failed to get reported in the mainstream media of Pakistan. An FIR has been registered against unknown people but the Hindu community  believes that influential people are behind this desecration in the Hindu burial ground and that is why the police, the civil society and the media are keeping mum.

The news of the desecration of the dead bodies and the lack of civil society’s and media’s interest in the case has again highlighted the shabby way the minorities are treated in Pakistan.

Hindu burial ground was targeted in the past too

Many Hindu tribes in Pakistan bury their dead as per their caste traditions while many are forced to do so as cremation is considered a taboo practice in the Islamic nation.

The current desecration is not new;  A Hindu man Bhoro Bheel who died in a road accident and was buried as per caste traditions in Sindh’s Pangrio had his body dugout amidst the chants of Allahu-Akbar by a Muslim mob.

Many such cases have bene reported in the past while many go unnoticed due to lack of civil society’s interest in the minority rights.

Pakistan: Where even dead bodies have religion