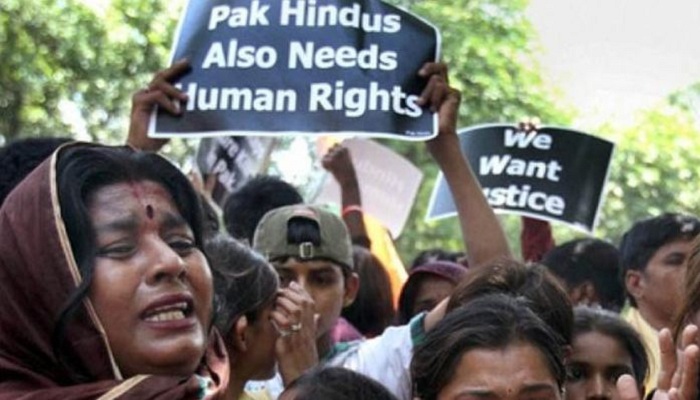 Many Pak Hindus are coming to India on pilgrim visa but are refusing to go back to Pakistan.

These Pak Hindus have been given space in Dali Bai, Kali Beri and Angnwa and are getting help from local people.

Many have reported that they are discriminated against for their religious beliefs and are taunted for worshipping idols and for considering cow as a sacred animal. Earlier, a Pakistani Hindu MNA, Lal Malhi, had openly chided the Muslim lawmakers for abusing Hindus openly in a hard-hitting statement that went viral, however, nothing changed as Ghazwa-e-Hind or the conquest of India is widely believed to mean the conquest of Hindus who are considered idolators and hence, anti-Islam community.

Currentriggers.com interviewed journalist Asad Chandio who narrated the woes of the Pak Hindus:

Sindh occupied, Hindus in Pakistan are seen as Enemies

Many Pak Hindus who are coming to India say that after India targeted the terrorist camps, their woes have increased many folds. Pak Hindus are mere 2 percent of the total population of Pakistan but due to their religion they have been a big target of forced conversions and hate campaigns in the nation. However, they are rarely heard, as the media and the civil society does not cover their plight in the nation but instead burdens it by demanding that they repeatedly prove that they are loyal to Pakistan, despite having a cleaner record than the majority Muslim community when it comes to crimes and terrorism.