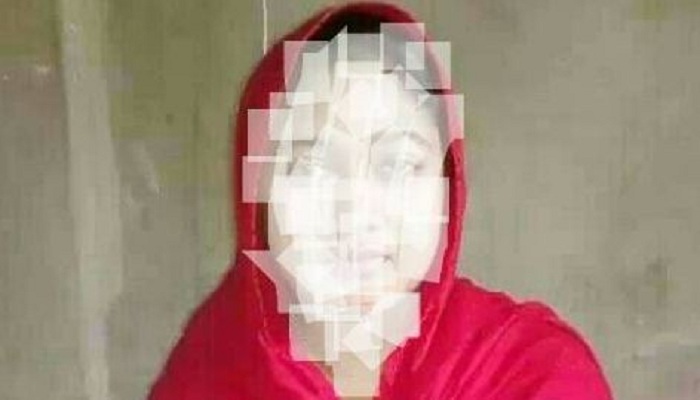 The Hindu girl Shipra was kidnapped on 10th October 2016 from Rupgonj at about 12 pm by Raju Ahmed (25),  Jamatullah (28) and Mohammad Abu Bakkar (26) when she was going with her mother Gita Rani Mondal to her relative Biplab Biswas’ house for celebrating Durga Puja.

The victim went untraceable and later the mother came to know that her daughter was alive and that she has been forcefully converted to Islam after being told that no one would take her back after she has ‘stayed’ with the perpetrators for so long.

Shymol Chandra Mondal, brother of the Hindu girl victim lodged the FIR at Madhabdi police station within the Norsingdi District-Bangladesh but the police failed in tracing the victim and did not arrest the perpetrators.

Mother of the victim filed an appeal before Bangladesh Minority Watch (BDMW) for legal help and on behalf of the victim’s family, the minority watchdog’s team contacted Mohammad Illias- Officer in Charge of Madhabdi police station over his mobile on 28th October, 16 who initially refused to accept the written allegation of abduction and conversion.

It is strange without any investigation or enquiry how O.C. could visualize that this was a love affair?

But in Bangladesh in several cases, police hides behind such frivolous charges against the Hindu girl victims so as to shame the family in public.