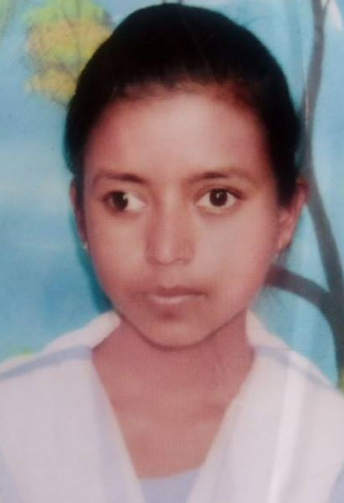 The Hindu kid was abducted on 27th April, 2016 by Mohammad Miraj (45) son of Md. Baka Mollah of Char Kamarpur in the Kamarkhali Union of Madhukhali Upazila of Faridpur district as per an FIR filed by the victim’s father. Ritu Rani Sen has not yet been rescued by the police.

Mohammad Miraj (45) and 3 other accomplices have abducted the Hindu kid with the intention to forceful conversion to Islam and forced marriage to Miraj who is the father of four kids and already has three wives.

As per the minority watchdog Bangladesh Minority Watch (BDMW) the child was on her way to go to her uncle’s dwelling on foot on 27.04.16 at about 10 am when she was surrounded by the perpetrators led by Mohammad Miraj armed with sharp weapons near Badpur Senpara.

The perpetrators threatened her and forced her into a micro bus for rape and conversion ignoring her cries to let her go to her father and mother.

Sushil Chandra Sen (42), father of the Hindu kid filed a complaint to local police station at Boda P.S. Panchagarh for recovery of his school going daughter (General Diary No.1113 dated 28.04.2016) but police did not show any interest in recovering her. Sushil gave the police even the addresses of the perpetrators but all his efforts did not make police work.

Father of the Hindu kid then approached the minority watchdog BDMW which contacted the Superintendent of Police, Panchagarh complaining him about the illegal tactics of the local Officer in Charge of Boda police station with regards to this case of rape, forced conversion and a forced marriage of a minor girl kid.

The S.P. directed the Officer in Charge of Boda police to register a case against the perpetrators responsible for abduction of victim girl within the custody of perpetrator –Mohammad Miraj and others but no trace of the Hindu kid has been found.

Bangladesh Minority Watch released the picture of the minor Hindu kid with the hope that this would put pressure on the law enforcement agencies to find Ritu Rani Sen.